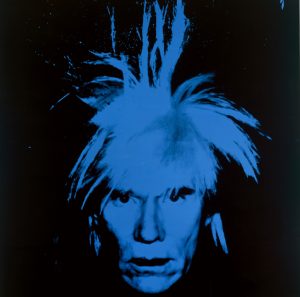 Warhol. Mechanical Art  provides a complete and polyhedral journey that enables visitors to follow the creative development of this exceptional artist from his beginnings as a budding commercial graphic designer in New York City in the 1950s, to his death in 1987, by which time he had become a universal legend. The show highlights various aspects of Warhol’s work, such as the innovative way in which he applied the idea of processing to his multi-faceted serial work, the strong biographical links, his artistic production, and his originality and talent for transversally and cyclically combining different techniques, media and iconographic repertoires. He created representations that are canons, as they form part of the official history of Western art, and symbols, having become part of contemporary collective popular imagery.

Organized by  Museo Picasso Málaga in collaboration with Obra Social “la Caixa”, the exhibition contains paintings, sculptures, drawings, silkscreen paintings, audiovisual installations, artist books, films, record sleeves, posters, magazines, objects and photographic and audio material, which present viewers with the underground world that emerged in New York in the second half of the 20th century, when Warhol set up his legendary studio, The Silver Factory.

The show also highlights some of his more iconic installations, such as the space that contains the Silver Clouds, which were made from an experimental reflecting material that was specially manufactured for the NASA space programme, and which convey the lightness of the sky and the weightlessness of outer space. Also on display is Exploding Plastic Inevitable, the extravaganza that included performances by The Velvet Underground and Nico, and which was a conceptual explosion of sound and motion.

Curated by the artistic director of Museo Picasso Málaga, José Lebrero Stals, Warhol. Mechanical Art arrives in Andalusia in its broadest and most complete version, after runs at at CaixaForum Barcelona (14 Sep. – 31 Dec. 2017) and CaixaForum Madrid (31 Jan. – 6 May 2018). Therefore, this is the last chance to admire this major retrospective of Andy Warhol and his work.