Museo Picasso Málaga: “Genealogies of art, or the history of art as visual art” 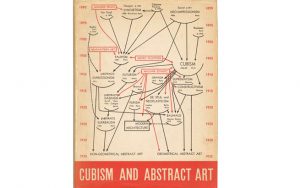 Pablo Picasso, Constantin Brancusi, Paul Cézanne, Robert Delaunay, Alberto Giacometti, Juan Gris, Vasily Kandinsky, Fernand Léger, The Lissitzky, Kazimir Malevich, Franz Marc, Henri Matisse, Joan Miró, Piet Mondrian, Georges Braque, Paul Klee or Henry Moore are some of the artists present  in this exhibition that will be on display at Museo Picasso Málaga next February 2020. Co-produced by Fundación Juan March and Museo Picasso Málaga, the exhibition deals with visual narratives of art history from the specific viewpoint of how they are practiced by museums and in exhibitions.

If art history is composed of objects which are destined to be seen, then shouldn’t the way we narrate it also be very visual? Certainly, textual and abstract narration has prevailed over a visual, specific one.  The exhibition aims to compensate for this lack by showcasing the different visual ways of narrating these histories. After the Fundación Juan March, where it will run until 12th January 2020, will be on display at Museo Picasso Málaga from 26th February to 31st May 2020.

Genealogies of art, or the history of art as visual art is a show that deals with the ways of visually narrating a history (that of art) from a specific curatorial point of view, with one foot firmly placed in curatorial practice, and the other in visual thinking, certain literary theories, and the work of Visual Studies themselves. It is also an exhibition about another exhibition, the outstanding Cubism and Abstract Art exhibition which was presented in 1936 at New York’s Museum of Modern Art (MoMA), as well as about the museum’s founder, Alfred Hamilton Barr, Jr. (1902-1981). MoMA was the first modern art museum in the world, and Hamilton Barr was the first “curator”, in the contemporary sense of the word. For these two reasons, the exhibition is also an exercise in the reconstruction of what  may have been the most ambitious attempt ever made to provide art of the first half of the 20th century with a genealogy covering almost three generations.