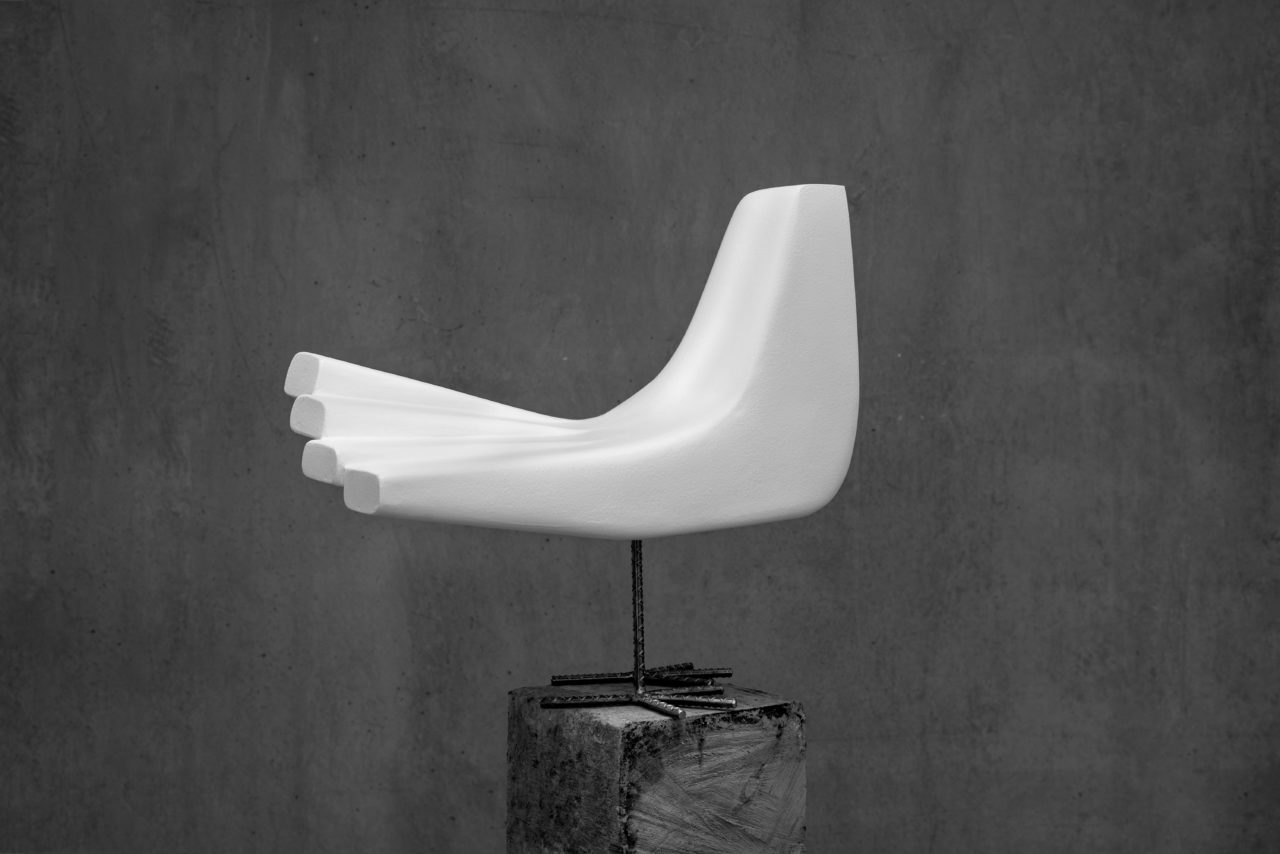 The Nivola Museum is delighted to present Pedro Reyes. Zero Armi Nucleari, the first solo exhibition of the Mexican artist in an Italian institution.

The exhibition presents the developments of the Zero Nukes campaign, launched by the artist in collaboration with numerous institutions and figures from the world of art and science, to bring the nuclear threat to the attention of the public and put pressure on governments to reduce the production and pursue the disarmament. Zero Nukes (2020) is an inflatable sculpture created as part of the Amnesia Atómica project, promoted by the Bulletin of the Atomic Scientists, a non-profit association created more than 70 years ago, in the aftermath of the bombs on Hiroshima and Nagasaki, to spread awareness relating to technologies that are potentially lethal to humankind. The fall of the Berlin Wall in 1989 was followed by decades of inattention and “collective amnesia”.

The nuclear threat, however, has never really disappeared, and with the Russian invasion of Ukraine, it has returned to the center of global concern. Reyes’ project is linked, even iconographically, to the images and symbols used in the twentieth century by groups of activists and organizations advocating for disarmament, such as the Bulletin and the International Campaign for the Abolition of Nuclear Weapons (ICAN). Reyes focuses on the “Zero” as a graphic, visual and conceptual element common to all languages, used as a symbol of global unity for the only universally acceptable cause: avoiding the destruction of life on earth. He was also is inspired by the iconic Doomsday Clock of the Bulletin of the Atomic Scientists, created in 1947 by landscape artist Martyl Langsdorf (1917 – 2013), wife of the physicist and founding member of Bulletin Alexander Langsdorf.

The clock has become a universally recognized indicator of the world’s vulnerability to the catastrophe caused by nuclear weapons, climate change, and disruptive technologies. In the exhibition, it is displayed in the form of a luminous sign and set at 100 seconds at midnight according to scientists’ calculations: the closest point to the apocalypse since its creation at the end of World War II.

The slogan “Zero Nukes”, translated into a myriad of languages, is presented in hand-painted protest signs, blurring the line between art and activism. The reference is to the global protest against the arms race that began in 1958, which during thirty years of mass resistance, from the 1960s to the 1980s, pushed governments to drastically reduce nuclear arsenals.

The exhibition includes protest garments produced by Mexican designer Carla Fernández which were used in performance by dance company Nohboards, an element that reaffirms the collaborative effort for global disarmament. The popular movement is also remembered through a photographic mural created in collaboration with the Campaign for Nuclear Disarmament (CND) using archival images relating to that global mobilization.

Recurring in the signs is the symbol of peace, used today in every pacifist context, but originally conceived as a symbol of opposition to nuclear weapons. It was in fact created by the designer and activist Gerald Holtom in 1958, reworking the semaphore language to indicate the letters N and D: Nuclear Disarmament. The symbol also appears on Stockpile, a sculpture made up of missile-shaped balloons, signed and numbered, which refer to the 12,705 nuclear warheads existing in the world. A number of limited edition balloons will be given away to the public in exchange for a social media post, inviting the public to symbolically dismantle global nuclear stockpiles, while fueling attention on nuclear threats.

Reyes is also inspired by the symbol of the dove, of biblical origin (the dove that returns to Noah’s ark, after the Flood, carrying an olive branch, a sign of the presence of the mainland and of the renewed peace between God and humans) but over the centuries it has become a secular and universal emblem. In particular, Reyes is referencing Costantino Nivola’s sculpture Man of Peace (Hombre de Paz), created by the Sardinian artist in 1968 for the Ruta de la Amistad, a monumental complex comprising 19 sculptures by international artists called to collaborate on the occasion of the Olympics of Mexico City. Located a short distance from Gonzalo Fonseca’s Torres de Los Vientos, built on the same occasion and transformed by Reyes into an independent artistic space from 1996 to 2002, Nivola’s sculpture has been an important presence over the years both from a conceptual and stylistic point of view. The spirit of the Man of Peace, with his arm raised “in protest and warning against the wickedness of warlike governments”, as Nivola wrote, revives in a large wooden sculpture by Reyes, with androgynous shapes and raising a dove-hand to the sky: an homage to Nivola as well as to those artists, from Picasso to Le Corbusier to Niemeyer, who measured themselves against this symbol as simple as it is powerful. In the ancient washhouse of Orani, now home to the temporary exhibitions of the Museo Nivola, the mushroom cloud and the hand-dove contrast with each other as symbols of the fears and hopes of humanity. The project is completed by a series of posters of Artists Against the Bomb, a global campaign promoted by Reyes and still in progress. Inside the museum and on the streets of Orani it will be possible to see the prints of Monica Bonvicini, Mónica de la Torre, Harrell Fletcher, Tsubasa Kato, Santiago Sierra and Abi Tariq works that reflect on our renewed collective fear and document the contribution of the creative community to nuclear disarmament.

The exhibition’s opening, at 10.30 a.m, is part of the European Heritage Days, a joint action of the Council of Europe and the European Commission celebrating cultural heritage to promote wellbeing, tolerance, and peace.

On the 24th, Pedro Reyes will present the project in dialog with the museum director Luca Cheri during the opening day of Contemporanea – Sculptures and Places, the first of a series of international symposia on contemporary art and culture organized by Fondazione di Sardegna in Tortolì, Sardinia.

The exhibition is accompanied by the book Pedro Reyes. Zero Armi Nucleari, edited by Giuliana Altea, Antonella Camarda, and Luca Cheri, and published by Allemandi.

Museo Nivola
The Museo Nivola in Orani is managed by the Costantino Nivola Foundation, a non-profit cultural institution born to promote the artistic and human heritage of Costantino Nivola, support contemporary art in all its forms, and foster the cultural and social development of the inner Sardinia. The museum, a complex of pavilions immersed in an urban park, holds the most important European collection of works by Costantino Nivola (Orani, 1911 – East Hampton, 1988), graphic designer, art director, and sculptor active in the field of integration between visual arts and architecture, and a crucial figure in the context of cultural exchanges between Italy and the United States of the late Twentieth Century. The museum organizes exhibitions dedicated to contemporary art, with particular attention to design, sculpture, the intersections among the arts, and the relationship between humans and the environment. It also carries out a program of public events, educational activities, and research, acting as a cultural force oriented towards innovation and social promotion in the center of the Mediterranean.