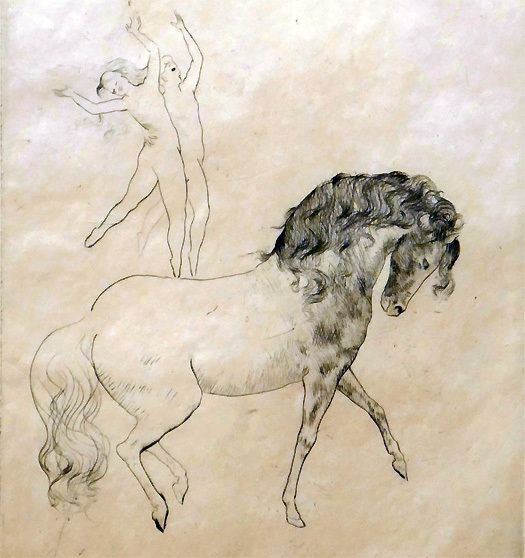 Pablo Picasso (Málaga, 1881 – Mougins, 1973) always accorded great importance to his graphic work: between 1899 and 1972 he created more than 2,000 engravings, which comprise a virtual diary of his life as an artist.

Between February and May, a selection of prints by Pablo Picasso featuring circus scenes will be on display. Picasso’s interest and ties with the circus can be traced to the years he spent in Barcelona at the turn of the century, but it was not until 1905, while living in Paris, that the circus —and the Circus Medrano in particular— became his true passion and the subject of many compositions. These small scenes, which belong to his “Rose period,” represent the everyday life of circus people and reflect Picasso’s fascination with acrobats and actors, performers with whom he was acquainted, and their nomadic lifestyle. el artista sentía por acróbatas y actores –cuya compañía frecuentaba– y por su vida errante.

This exhibition presents a selection of Picasso’s prints from the Fundación Juan March’s collection of the artist’s graphic work. They will be shown as a rotating display at its two museums.