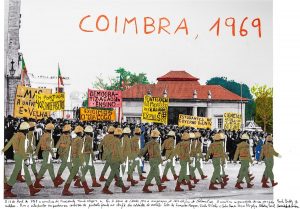 Marcelo Brodsky, Argentinian artist and activist, presents his artistic work in Portugal for the first time. 1968: The Fire of Ideas, on the one hand, gathers vindicating images of the demonstrations and campaigns of students and workers in the sixties—in the most diverse cultural, geographic contexts—against governmental structures; on the other, it adds documental fragments about that period, resorting to Portuguese collections, as well as exclusive dialogues with other artists’ works, such as Ricardo Martins or Marcel Broodthaers.