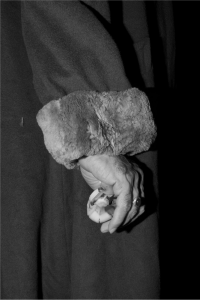 When Legacies Become Debts contemplates the personal and collective forms of reliance and liability experienced between different generations of artists and writers in the Iranian context. Curated by Azar Mahmoudian the exhibition features commissioned works by Ali Meer Azimi, Bahar Noorizadeh and Mahan Moalemi, recent projects by Hadi Fallahpisheh and Shirin Sabahi, and in-process researches by Hannah Darabi, Ronak Moshtaghi, and Hamed Yousefi (with Ali Mirsepassi), the exhibition and related programme addresses the nuances of artistic research and production as part of series of pedagogical, discursive and material negotiations with the legacies that shape and inform them.

When Legacies Become Debts centres on intergenerational obligations, personal commitments, intellectual inheritances and volatile destinies. What can be done with legacies that are desired or unwanted, reassuring or questionable? legacies of imagined futures that have taken a detour? Turning the notion of inheritance on its head, the exhibition suggests an inward excavation that asks how one might inherit oneself. In this respect, it addresses the feeling of indebtedness that legacies impart upon subsequent generations in the form of posterity. With this relationship comes a need to pay back, an expectation to continue what those legacies have triggered and provoked in their wake.

Indebtedness gradually becomes abstract in time and takes mental and emotional form. The question remains: What are the generative or prospective dimensions of such a form beyond the impositions by the current state of the economy in the art-world and beyond? Can indebtedness not only be associated with guilt and fear (and at the other end of the spectrum, optimistically, with love and care), but instead with an indefinable driving force for carrying on? A sense of commitment to a certain continuum? How irreparable is the debt and how irrecoverable are the bonds?

A structure is borrowed from Dora Garcia’s Red Love installation to hold a collection of books and Ghazaal Vojdani of Studio EUROPIUM has responded to the exhibition with design interventions.

This exhibition is the fourth in The Mosaic Rooms’ tenth anniversary series featuring modernist and contemporary artists from Egypt, Iran and Morocco.

Azar Mahmoudian is an independent curator and educator based in Tehran. Her recent projects include the multi-chaptered film programme, Sensible Grounds, for Tensta Konsthall, SAVVY Contemporary, Fundació Antoni Tàpies, and the Royal College of Art, London, among others; and Shifting Panoramas at TMOCA, Tehran, and DAZ, Berlin (2018). In 2016 Mahmoudian was part of the curatorial team of the 11th Gwangju Biennial.