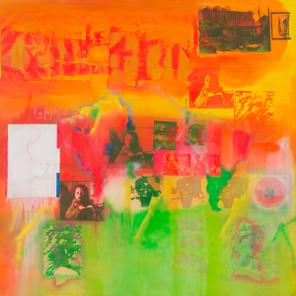 The Menil’s growing collection, while not encyclopedic, spans the prehistoric era to the present day. Particular areas of strength include Byzantine art, West and Central African art, Surrealism, and 20th and 21st century American and European art. On September 22, 2018, the museum reopens with a year-long permanent collection initiative featuring many of the museum’s most well-known paintings and sculptures, as well as recent acquisitions and other works and promised gifts that have never before been on view in the museum. The installations will be changed several times over the course of the year-long period.

The opening installation in the African art galleries features more than 60 masks, figural sculptures and shrines, and vessels from regions of West and Central Africa. Introducing the galleries is a new presentation of paintings, works on paper, and sculptures that explore the shared histories Africa and Europe after 15th century.

The gallery for the arts of the Pacific Islands showcases masks, body ornaments, textiles, prestige objects, ceremonial and utilitarian sculptures, and musical instruments from the regions of Polynesia and Melanesia.

The presentation of Medieval to Early Modern art (5th to 18th centuries) is designed around a central room devoted to the Menil’s celebrated collection of Byzantine icons. The icons range in date from the 6th to the 18th centuries and represent three distinct cultures: Greek, Balkan, and Russian.

Works from the Mediterranean, North Africa, Near and Middle East, and Asia comprise the Arts of the Ancient World galleries. Organized according to cultural regions and periods, singular works from ancient Egypt and Greece, the Etruscan civilization, the Cyclades Islands, and the provinces of the Roman Empire highlight the visual histories of human civilizations spanning millennia.