Menil Foundation: Drawings by Jasper Johns “The Condition of Being Here” 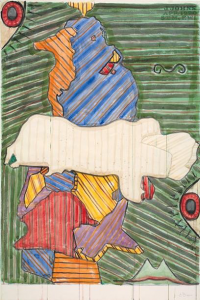 The Menil Drawing Institute’s new exhibition galleries will be inaugurated with The Condition of Being Here: Drawings by Jasper Johns. Spanning 50 years of Johns’s career with works from 1954 to 2016, the exhibition maps introductions, continuities, and breaks among motifs, rather like the separate but parallel tracks that age and memory follow.

The Condition of Being Here includes gifts promised to the Menil Collection by Janie C. Lee and Louisa Stude Sarofim, works from the bequest of David Whitney, and select loans from the artist. The exhibition coincides with the release of the catalogue raisonné of the drawings of Jasper Johns. Almost a decade in the making, the project was begun under the auspices of the Menil Drawing Institute and highlights the Menil’s commitment to scholarly publication.