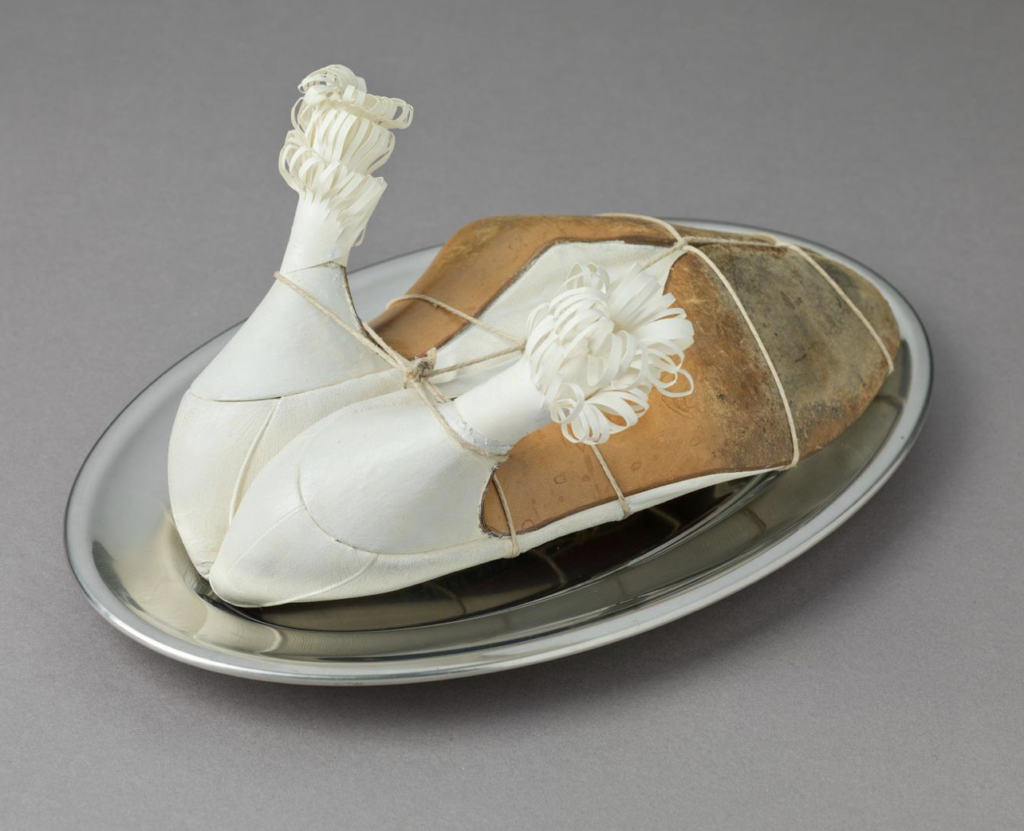 Meret Oppenheim: My Exhibition is the Swiss artist’s first major transatlantic retrospective, and the first in the U.S. in more than twenty-five years. From her artistic beginnings in 1930s Paris through her postwar career in Switzerland, Meret Oppenheim created art that defied neat categorizations of medium, style, and historical movement. At the time of her death at age 72, her output included object constructions, narrative paintings, hard-edge abstractions, witty drawings, collages and assemblages, and much more. Oppenheim pursued a dynamic, innovative art practice held together by the force of her creative vision. This retrospective exhibition, organized chronologically, surveys the sweep of her remarkably original artwork.

Arriving in Paris in 1932, the artist gained international fame in 1936, at only 23 years of age, with Object, fur-lined teacup, spoon, and saucer that is currently on view at the Museum of Modern Art, New York. After her early contact with the Surrealists in France, Oppenheim returned to Switzerland before World War II. The show follows her subsequent reengagement with Surrealist ideas and development of a new visual vocabulary alongside postwar art movements such as Nouveau Réalisme and Pop; and the last two decades of her life, in which her longstanding interests in nature, abstraction, and enchantment combined to forge a novel new style.