McEvoy Foundation for the Arts: Isaac Julien “Lessons of the Hour” 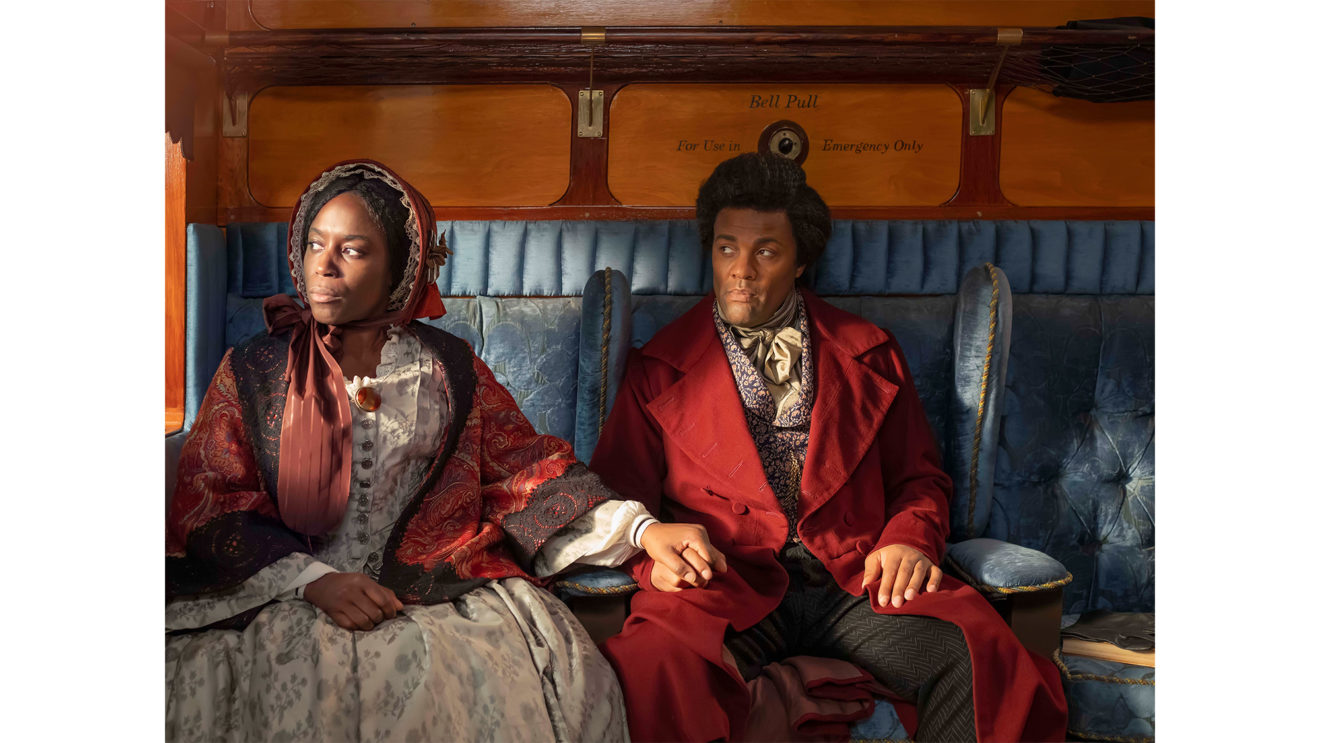 Lessons of the Hour is a ten-screen film installation and photography exhibition by Isaac Julien, CBE RA, that explores the life of the visionary African American writer, abolitionist, statesman, and freed slave Frederick Douglass. Incorporating excerpts from Douglass’ speeches and dramatizations of his private and public milieus, the centerpiece of the exhibition, Lessons of the Hour: Frederick Douglass (2019) offers a contemplative, poetic journey into Douglass’ zeitgeist and a forceful suggestion that the lessons of the abolitionist’s hour have yet to be learned.

Frederick Douglass (1818–1895) is a pivotal figure in the history of abolitionism and social reform in the United States who delivered anti-slavery campaigns across the northern United States and the United Kingdom. He was active in the women’s suffrage movement and published three autobiographies which continue to wield cultural influence. The most photographed man of the nineteenth-century, Douglass was a prominent proponent of the medium as a means by which Black people could control their likenesses beyond caricature.

Lessons’ narrative unfolds across multiple screens of different sizes, hung salon-style, to create what Julien describes as a “horizontal montage.” The presentation not only echoes the picture-hanging conventions of the era but allows the artist to draw connections between many images at once without relegating any particular detail to the background. Julien filmed Lessons at sites that hold historical significance to the abolitionist’s life, including The Frederick Douglass National Historic Site in Washington, DC, where he lived later in his life, and in the United Kingdom, where Douglass delivered over 300 anti-slavery speeches. The 28-minute film had its world premiere at the Memorial Art Gallery at the University of Rochester, New York in 2019. McEvoy Arts presents its West Coast debut.

Douglass (portrayed by the Royal Shakespeare Company’s Ray Fearon) inhabits settings alternately pastoral, domestic, and public. Working with the scholar Celeste-Marie Bernier on the film’s narration, Julien constructs “tableaux vivants” that realize Douglass as the professional orator, the photography advocate, and the man affirming his struggle for equality as a global citizen. The film details relationships to the influential women and men in his life, among them Anna Murray and Helen Pitts, his first and second wives; the suffragist Susan B. Anthony; feminist activist and translator Ottilie Assing; and JP Ball, a pioneering African American photographer. Included as representatives of certain ideals of equality, the histories of these figures offer an intersectional approach to the struggle for racial justice and human rights.

Isaac Julien’s pioneering artistic practice incorporates the moving image, photography, and installation to create open-ended narratives that invite spectators to actively interpret the work through a physical and sensorial immersion. His singular attention to set décor, lighting, performance, as well as editing, sonic, and visual effects creates space for reflection on global forces shaping history and culture. Acclaimed for his nonlinear storytelling capabilities and the spatial experiences of his installations, Julien has created monumental works on subjects ranging from Langston Hughes and the Harlem Renaissance (Looking for Langston, 1989) and relationships between art and capital (Playtime, 2014) the iconic architect Lina Bo Bardi (A Marvellous Entanglement, 2019).

Lessons is accompanied by Julien’s tintype portraits and mise en scènes photographs of the film’s subjects as well as a complementary grouping of works from the McEvoy Family Collection. The exhibition is developed in collaboration with the Isaac Julien Lab at the University of California, Santa Cruz, where Julien is a Distinguished Professor of the Arts, to give a community of postgraduate students a practicum experience in curation, installation, and production of a moving-image work. Additional programs in conjunction with the exhibition are to be announced.