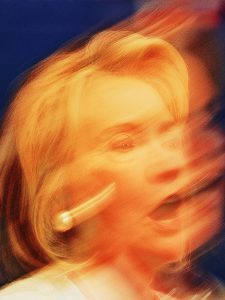 With a career spanning over six decades, Magnum photographer David Hurn is a connoisseur and patron of documentary photography. He has come up with a deliciously simple concept: building a collection of photographs by exchanging his own images for those of other photographers, in particular his Magnum colleagues.

One of the first emails any new Magnum nominee will receive is from Hurn, inviting them to swap a print. Everyone always willingly agrees; they select their favourite Hurn image and vice versa.

Over the years, Hurn has amassed more than 600 prints, dating from the 19th century to the present day. Last year, the entire collection was gifted to the National Museum of Wales, where in September 2017 their inaugural exhibition marked the opening of the museum’s first permanent gallery dedicated to photography.

Martin Parr curated an exhibition of swaps originally shown in 2017 at Photo London. The Martin Parr Foundation will exhibit highlights from this show, including works by Henri Cartier-Bresson, Alec Soth, Elliott Erwitt and Newsha Tavakolian.