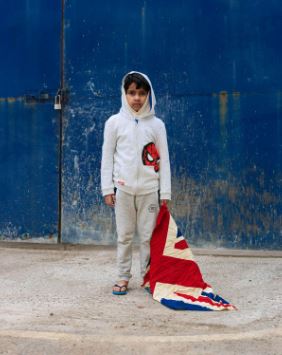 This Golden Mile presents new work by Kavi Pujara. Photographed against the backdrop of Brexit, the Windrush scandal, and a government intent on reducing net migration, Kavi documents Indian migration to Leicester, new and old, exploring themes of identity, home and Britishness.

Kavi was born in Leicester in the early 1970s, just ten minutes from the Golden Mile and would visit most weekends to see his grandmother. It was a time when overt acts of racism – being spat at, chased by the National Front, being called ‘wog’ or a ‘paki’ and being told to ‘Go back home’ – were common. As soon as he turned 18, Kavi moved to London and never looked back. When he did return, nearly 30 years later with his young family, making pictures allowed him to rediscover the community he grew up in but no longer knew.

The resulting work became This Golden Mile. Kavi was one of four recipients of the MPF 2020 bursaries, which he received to support the development of this project.

‘For over fifty years, families around This Golden Mile have had a shared experience of migrating to Leicester and have re-articulated their South Asian identity to exist within an English context. These experiences bond this community, and they bond them to me. I made this work to give voice to that bond, and I also hope it will contribute to the conversation around immigration to Britain. We have a multicultural society because Britain is the product of a multicultural empire. Communities like this are not an erosion of British values or its culture, but a vital artery in our intertwined and tangled colonial histories.’ – Kavi Pujara