MALBA: Mirtha Dermisache ‘Because I write!’ 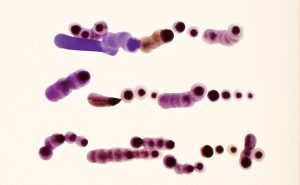 This first monographic exhibition ever held in a museum of the Argentine artist Mirtha Dermisache (Buenos Aires, 1940–2012) includes more than 140 pieces, produced since 1967 and a wide range of documents from Mirtha Dermisache’s Archive, an entity that has been carrying out a thorough cataloging job of her works since 2013. Oscillating between visual arts and writing, Dermisache’s work includes books, letters, texts, newspapers and postcards, formats through which she experimented with the expressive potential of the line rendered by hand on paper.

Dermisache’s body of calligraphic works entailed what Roland Barthes called “illegible writing.” Since 1971, that French philosopher and semiotician took great interest in Dermisache’s art, pointing out her ability to get “the essence of writing.” Dermisache was especially concerned with the publication of her works, as a way of questioning the idea of the original. She was associated with the Instituto Di Tella, the Centro de Arte y Comunicación (CAYC) and their Grupo de los 13; she worked alone to produce an intimate body of written work but she had a very open approach when it came to her pedagogic work.

“From the start, a duality seems to run through Dermisache’s work: it searches for creative freedom while also respecting a set of rules and discipline. That duality would be a constant throughout the entire corpus of her production. It was enmeshed in her pedagogical work, understood as experiment in a reversal of learning: ‘unlearning’ certain ideas that hinder free creative expression,” explains Agustín Pérez Rubio, curator of the exhibition.

Because I write! combines publishing devices and their manipulations with original works to interrogate the most abstract facets of writing, like the question of time, rhythm and musicality, the visual nature of handwriting, the search for meaning, writing as system, and the relationship between handwriting and typography. The exhibition also evidences the artist’s creative processes, including legible texts never shown before and exercises, as well as her extensive work as an educator in the Taller de Acciones Creativas (TAC) and in the six editions of the Jornadas del Color y la Forma (1974–81).

The exhibition project is based on a research of her personal archives, which will also be on exhibit to provide context and to reconcile seemingly opposing tendencies in her production like the notions of discipline and freedom of expression, edition and original, the mass-scale and the individual.