MALBA: David Lamelas “A Life of Their Own” 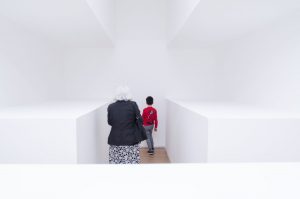 This solo exhibition is dedicated to the work of Argentine artist David Lamelas (Buenos Aires, 1946), a pioneer of conceptual art and one of the great protagonists in the 1960s Argentine art scene. Internationally recognized from the start of his career, Lamelas won a prize at the São Paulo Biennial (1967), represented Argentina at the Venice Biennale (1968) and participated at the Kassel Documenta (1972 and 2017). During a career that spans more than fifty years, his work invites to sensorial and evocative experiences through different mediums—pop, conceptualism, media art.

This exhibition brings together a set of photographs, films, sculptures, videos, performances and installations created from 1964 to the present, which offers a thorough survey of the work of this trail-blazing, multifaceted artist. Several of these pieces are part of major public and private collections as Tate Modern, LACMA, the Pinault Collection, Museo Nacional de Arte Reina Sofía and Malba, among others. On this occasion, the work Modified Space (1966-2018) is exhibited for the first time, a project Lamelas sketched out in 1966 for Galería Lirolay in Buenos Aires, but which could never be executed until now. It grapples with notions of emptiness and fullness in space and is halfway between installation and a sculptural architecture.

Curated by Kristina Newhouse and María José Herrera, the show has been organized in collaboration with the University Art Museum (UAM) of California State University at Long Beach (CSULB). It was initially presented in the United States in 2017, as part of the project “Pacific Standard Time: LA/LA,” a series of exhibitions devoted to exploring the relations between Latin American art and the city of Los Angeles.

Throughout his production, Lamelas has explored a great range of media. He was able to apply the intellectual tools he developed in Buenos Aires during the beginning of his career in the various contexts he lived in: his ideas immediately fit in with those current among artists in London, Paris or Los Angeles. In the words of María José Herrera: “Often, the historical accounts about Lamelas that come out of Europe and the United States take stock of the artist’s contribution to conceptualism as if they were dealing with a native of those lands. In fact, you have to stress that the intellectual framework for his practice arose in Argentina, at a truly exceptional moment in its recent history.”

Within the framework of this exhibition, Malba presents the publication in Spanish of the catalog co-published with the UAM, in collaboration with Getty Publications. The 272-page catalog is the first comprehensive publication on Lamelas’s oeuvre.

Also on view at Malba:
Perón, is the first exhibition of photographs by artist Sara Facio (San Isidro, 1932) on Juan Domingo Perón in the period from 1972 to 1974. Curated by Ataúlfo Peréz Aznar, the exhibition features a set of 113 photographs—most of them have never been exhibited before—selected in conjunction with the artist herself. This body of work is a historical-documentary essay on the political events that took place around Peronism in Argentina as captured from the unique perspective of Sara Facio, a major figure of twentieth-century Argentine photography.

Puntos cardinales is the first solo show in Argentina of work by Argentine-born artist Irene Kopelman (Córdoba, 1974). The exhibition, curated by Carina Cagnolo, is based on a collaborative work done on a number of expeditions with scientists, biologists, and geologists to different regions of Argentina (Puerto Madryn, Chubut province; Ischigualasto and Jáchal, San Juan province; and Pampa de Achala in the sierras of the province of Córdoba). Each of those journeys yielded a set of works: drawings produced in situ, field notes, large-format paintings, sculptures, and the site-specific installation in Malba’s gallery 1.