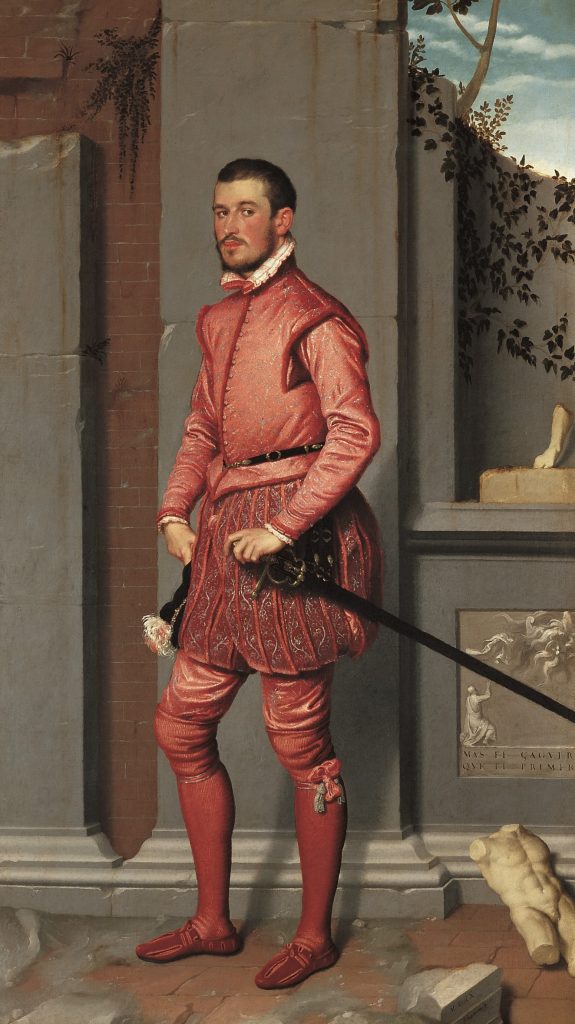 From September 12 – December 13, 2020, the Magnani-Rocca Foundation, with the title “The Last Romantic”, proposes a rich exhibition tribute to its Founder, and does so in the residence that Luigi Magnani transformed into a sumptuous and surprising house-museum, the ‘Villa dei Capolavori’ in Mamiano di Traversetolo, in the Parma area. A man of culture among the greats of his era, Magnani can legitimately be taken as a witness to ‘Parma Italian Capital of Culture 2020’, under whose aegis the exhibition is held.

Luigi Magnani (1906-1984), one of the greatest collectors of works of art in the world, created in his house of wonders a true Pantheon of the great artists of every era, a temple that came slowly to life with the acquisition of unique paintings and furnishings, from the Morandi and the gold backgrounds of the beginnings, then the Titian, the Goya, up to Monet, Renoir and Canova of the last years of his life, in a process of spiritual identification with the works that came to inhabit his home near Parma as the scene of his intellectual life.

The exhibition, with more than one hundred magnificent works from famous museums and prestigious collections, aims to tell the story of Luigi Magnani, who loved the dialogue between painting, music, literature, through his interests and the personalities he frequented or who he became passionate about, in the halls destined for temporary exhibitions – in parallel with his permanent Art Collection, set up in the historical halls of the Villa. A leading intellectual in 20th century Italian culture, as well as a frequenter of the most exclusive salons of his time, he was one of the founders of Italia Nostra. The exhibition – curated by Stefano Roffi and Mauro Carrera – presents paintings, portraits, self-portraits and autographs of famous artists, critics, musicians, men of letters, directors, aristocrats, captains of industry attended by Magnani, from Bernard Berenson to the sister of the Queen of England, from Eugenio Montale to Giorgio Morandi himself; also pictorial tributes to Magnani’s passion for music, rendered by the greatest Italian artists of the twentieth century, from Severini to de Chirico to Guttuso to Pistoletto; important ancient musical instruments; the secrets of the Villa, exceptionally revealed to the public. Finally, the dream of other ‘absolute masterpieces’ chased by Magnani but not conquered, which on the occasion of the exhibition will reach the Villa dei Capolavori and will be unveiled; the first great dream realized is the famous painting Il cavaliere in rosa by Giovan Battista Moroni, a 16th century masterpiece, gem of Palazzo Moroni in Bergamo, which, after the Frick Collection in New York, is now on display at the Fondazione Magnani-Rocca for the duration of the exhibition.

What is now called ‘Villa dei Capolavori’ is still inhabited by the spirit of beauty, and still shows sublime purity and form, just as the volle Volle Magnani, of which it represents the complete self-portrait, as it is for Peggy Guggenheim the collection preserved in Venice; in the Villa there is a ‘museum of the soul’ in which paintings by the great masters of the past, worthy of the most important museums in the world, together with early nineteenth-century furnishings worthy of a Napoleonic residence, tell about themselves and the life of those who collected and kept them, in dialectic with some of the symbolic works of contemporary art.

A painting alone would be worth the trip to Luigi Magnani’s Villa: it is the great painting by Francisco Goya La famiglia dell’infante don Luis (1783-1784), perhaps the most revolutionary court portrait in the whole history of painting. Also exceptional are the three Madonna and Child paintings by Filippo Lippi, Albrecht Dürer, Domenico Beccafumi, painted at fifty years of age; other unmissable works are Ghirlandaio, Carpaccio, Rubens, Van Dyck, Tiepolo, Füssli, but unique are the precious Stigmata of St. Francis by Gentile da Fabriano and the unforgettable Sacred Conversation by Titian (1513). The magnificence of the pictorial masterpieces is translated into sculpture in Canova’s Tersicore and in Bartolini’s two female figures.

The contemporary nucleus is dominated by no less than fifty works by Giorgio Morandi, brought together during the painter’s lifetime within a relationship of esteem and friendship with Magnani. Another Emilian painter in the collection is Filippo de Pisis, with a group of intense and dramatic paintings. Other works by Italian artists include an astonishing Futurist Danseuse by Gino Severini, a metaphysical piazza by Giorgio de Chirico, some works by Renato Guttuso and considerable sculptures by Giacomo Manzù and Leoncillo. Also very important is the 1954 Sacco by Alberto Burri, which Magnani considered his avant-garde bulwark. Among the non-Italians, the Villa houses the only room of works by Paul Cézanne in Italy; the sea landscape by Claude Monet is enchanting and the works by Renoir, Matisse, de Staël, Fautrier and Hartung are splendid.

Masterpieces that continue to arouse deep emotions, the highest expression of the intimate and moved amazement of man in the face of the secret of beauty. A secret that Magnani, reading Thomas Mann’s beloved Doctor Faustus, recognised in the tension between the bursting creative impulse and the inviolable structural laws of art; this is why he wanted a work by Rembrandt depicting Doctor Faustus for his collection. Magnani was convinced of the ability of art to close absolute meanings, as well as of its metaphysical afflatus; for this reason, after a long stay in Rome dedicated to teaching, he retired to his Villa in Mamiano, among his chosen friends and beloved works of art. Here, as already for Magnani, dwells for us all the silent joy of looking at these sublime fragments of human history, collected until his death in 1984 at the age of seventy-eight, after a life spent in spiritual dialogue with the greats of culture, real or ideal guests of his splendid residence. The path of the Magnani-Rocca Foundation had been started with its institution by Magnani in 1977, in the plan to devote its art treasures to the enjoyment of all, in memory of his parents, donating a small Versailles to Parma and Italy. The Villa was opened to the public thirty years ago, in April 1990. The works of an almost legendary collection belonging to one of the most eclectic cultural personalities of the 20th century were thus revealed: Magnani was in fact a writer, essayist, art historian, composer, music critic and, with his research and writings on Correggio, Morandi, Mozart, Beethoven, Goethe, Stendhal, Proust, he knew, like few others, how to reconcile the reasons of feeling and those of intellect.