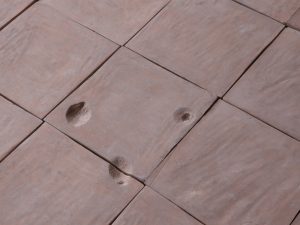 Magazzino Italian Art Foundation and Casa Italiana Zerilli-Marimò at New York University will co-present a solo exhibition and new site-specific work by Renato Leotta. Coming directly from the American Academy in Rome, where he is currently the Italian Fellow in Visual Arts investigating the space between earth and sky, Leotta will take up residence in Cold Spring and continue his research on the relationship between the built and natural environment across three locations in New York state: the Hudson Valley, shores of Long Island, and New York City. Opening on April 30, 2019, Leotta will premiere a new installation that responds to the grounds surrounding Magazzino Italian Art Foundation, in conjunction with a presentation of new and recent sculptures, and multimedia works on view at Casa Italiana in New York City. Renato Leotta marks the third collaboration between Casa Italiana and Magazzino and expands on the two institutions’ mutual commitment to exhibiting the work of contemporary Italian artists in the United States.

The two-part exhibition, Renato Leotta, will feature new works that draw inspiration from the coastlines of Long Island, Sicily and Portugal, as well as the landscape of Cold Spring and the Hudson River. Leotta utilizes forces of nature, including gravity, the moon, the ocean and other bodies of water, as partners to create artworks. Working across media, including sculpture, photography, textile and film, Leotta seeks to illuminate how the sea, sky and land are interconnected and to forge new connections between real and ideal environments, that exist both physically and only in the imagination of the spectator.

“We are thrilled to collaborate with Casa Italiana to bring this exhibition of Renato’s work to New York. Our institutions want to create programs that foster a meaningful connection between Italian and American cultures,” states Vittorio Calabrese, director of Magazzino Italian Art Foundation. “Renato’s work investigates moments of connection between land and sea. With poignancy, Renato unravels a common thread that sheds light on how we experience and understand our environments.”

In Cold Spring, Leotta will launch several new projects that activate the surrounding environment, including the construction of a camera obscura submerged in the Hudson River that captures images of the full moon, which the artist calls Lunagrammas. At Magazzino Italian Art Foundation, Leotta will present a new site-specific installation that will connect his lemon grove in Sicily, a continuing source of inspiration for the artist, to the bucolic Cold Spring landscape, Magazzino’s grounds, the Hudson River and New York City. Building upon his recent work Notte di San Lorenzo(2018), that debuted at the Manifesta 12 in Palermo, Sicily, Leotta’s project at Magazzino will forge a composite landscape drawing from his experience of domestic and natural spaces across locations, bringing these disparate terrains into coexistence.

The second part of the exhibition at Casa Italiana will feature new works, including new Lunagrammas, photographs, fabric works, and new editions of his ongoing project Gipsoteca, a series of sand reliefs sculptures. In this new Gipsoteca series, Leotta attempts to capture the moment when the sea meets the shore through making plaster casts directly on the beaches of Long Island and Portugal. He envisions the ocean as a participant in his creative process, acting on opposite sides of the Atlantic Ocean to create these sculptural works.

The exhibition will be accompanied by the first monograph documenting Renato Leotta’s work. Additional programming will be announced in the coming months.

Renato Leotta (b. 1982, Turin) lives and works between Acireale and Turin, though his family originally came from Sicily, an area from which he draws significant inspiration. Leotta is currently the Italian Fellow in Visual Arts at the American Academy in Rome. Renato Leotta’s work is rooted in the act of observation, using the landscape as a subject. As an archaeologist of the Real, Renato Leotta tries—through his processes of observation—to identify and circumscribe a series of images, visualized through different media, that although being related to a specific time and space, contain a universal character. Moreover, by presenting the viewer with images that don’t center narration, he works around and resists the limitations of cliché

About Casa Italiana Zerilli-Marimò at NYU

Casa Italiana Zerilli-Marimò, home of the Department of Italian Studies at New York University, was established—thanks to a generous donation from the Baroness Mariuccia Zerilli-Marimò—as a permanent and constructive homage to her husband, Guido Zerilli-Marimò. Casa Italiana was inaugurated in November 1990 with the mission to promote the deepening of knowledge of Italian civilization in the United States. Casa Italiana develops a rich and qualified program of extra-curricular, cultural events ranging from Italian literature to political theory, to figurative arts, to the history of science. Begun by the first Director, Professor Luigi Ballerini, the Casa began to collaborate with both public and private Italian centers and institutes that have the common objective of extending Americans’ understanding of Italian culture. In 1998, the direction of the Casa was passed to Professor Stefano Albertini whose leadership has allowed the Casa to become a privileged center for cultural discussion, making New York University one of the most important centers of European and international studies in the world.

Magazzino Italian Art Foundation is a charitable foundation that operates Magazzino, a museum in Cold Spring, New York, devoted to Italian Postwar and Contemporary art. Magazzino, which means “warehouse” in Italian, was co-founded by Nancy Olnick and Giorgio Spanu. Designed by Spanish architect Miguel Quismondo, the 20,000 square-foot structure was completed in June 2017. Magazzino serves as a resource for scholars and students, and offers an extensive library and archive of Italian Art. In addition, Magazzino has become a cultural hub for the vibrant Hudson Valley community thanks to joint programs with local organizations. Under the guidance of Director Vittorio Calabrese, his team, and its curatorial programs, Magazzino Italian Art Foundation bridges collaborations with American and Italian organizations not only to support contemporary Italian artists, but also to foster discussions on Italian Postwar and Contemporary art in the United States.