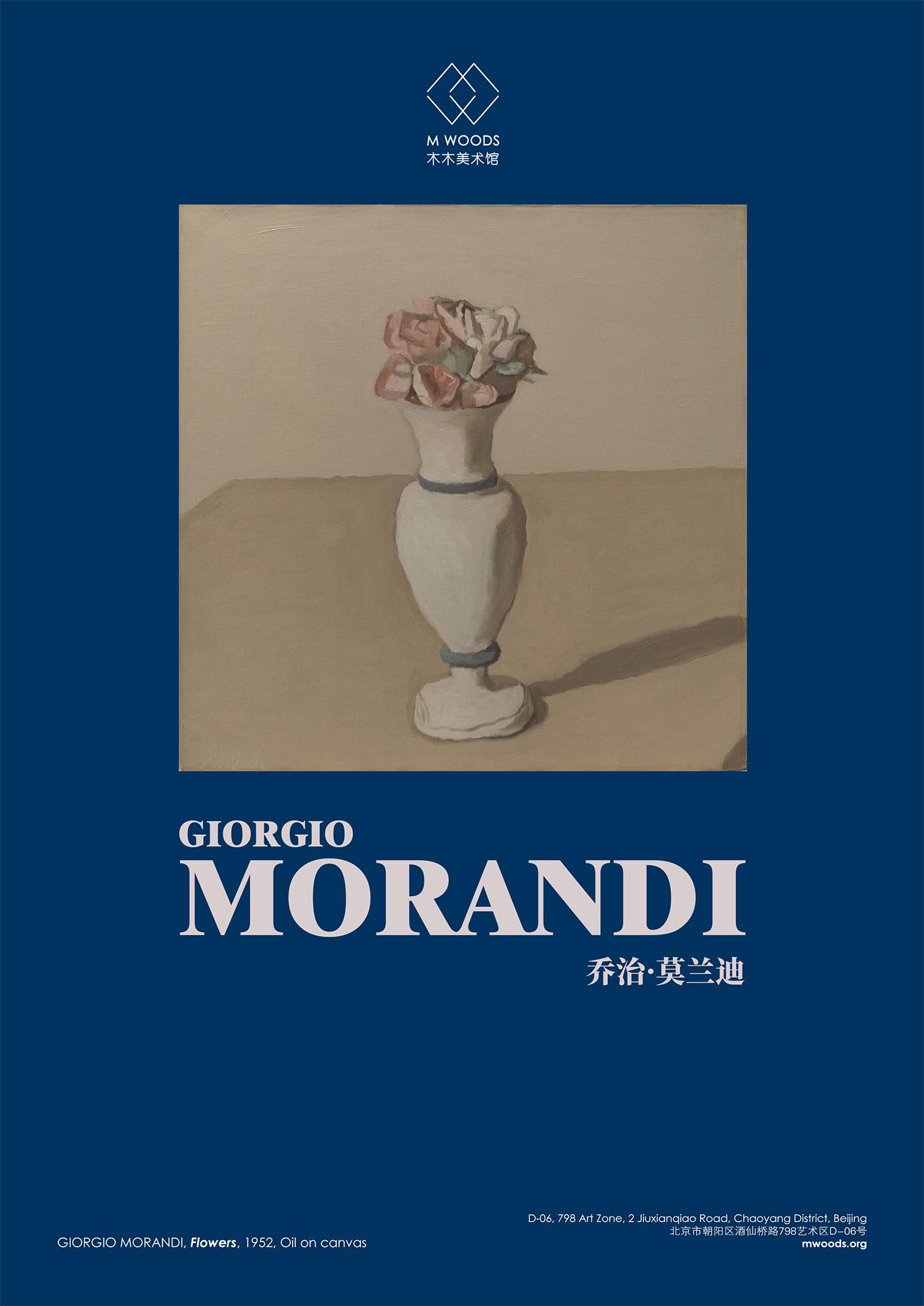 M WOODS is proud to present the first museum exhibition in China of the work of the celebrated Italian artist Giorgio Morandi (1890-1964).

Morandi was born on July 20, 1890, in Bologna, Italy, and spent nearly all his life there, working quietly in a modest studio and apartment that he shared with his three sisters. Morandi’s acclaimed small-scale and contemplative landscapes and still life depictions of commonplace objects traverse a space of poetics that can be compared with what the poet T.S. Eliot described as ‘the intersection of the timeless with time’.

The survey exhibition at M WOODS, Giorgio Morandi: The Poetics of Stillness, explores six decades of Morandi’s practice across over eighty works, from his early life, when he first exhibited in Bologna in 1914, and was heavily influenced by avant-garde art movements like Cubism and Futurism, to the period between 1930 and 1956, when Morandi was professor of etching at the Academy of Fine Arts in Bologna, and his later work in the 1960s just before his death. As the first museum solo exhibition of Morandi’s work in China, the show also considers Morandi’s silent investigations of form, meditative repetition of still life and introspective compositions in parallel with concepts of timelessness in both European and traditional Chinese thought and philosophy.

Just as the ancient Greeks had two words for time, chronos and kairos, the former describing chronological time and the latter referring to the qualitative nature of time, a special moment or event in time, Morandi’s work also departs from classical temporal categories to create deep spaces of contemplation at the height of early twentieth-century war and conflict. Rather than following a chronological approach, the exhibition is assembled with reference to Morandi’s still life compositions. That is, in the same way that the artist arranged a series of different objects to create a single image, the galleries of the museum will be divided into different themes that expand on specific elements of Morandi’s practice, such as his use of repetition and recurrence throughout his career, or his long-term investigation into the natural scenery in Grizzana,  to bring together a portrait of the artist’s career through work in different mediums and from different periods of his life.

These themes are divided into four main sections: ‘Transitions’, ‘Recurrence’, ‘Landscapes’(Paesaggi e fiori), and ‘Late Drawings’.  Morandi once said “the feelings and images that the visible world awakens in us are very difficult to express or are perhaps inexpressible with words, because they are determined by forms, colors, space and light”.For the German philosopher Immanuel Kant, the transcendental was a way to understand the boundary of things in the perceivable world, and he suggested that we can only understand space and time through our interaction with, and perception of, objects and things. This section of the exhibition will trace the important transitions and formative influences on Morandi’s linguaggio formale, his formal language, through several key works such as  Still Life, 1914, one of his earliest still life paintings and Natura Morta con Bottiglia e Brocca, 1915, both works the artist made just before he was called up to fight in World War I, and Still Life, 1928, one of Morandi’s best known compositions from a period when Morandi was briefly associated with the Metaphysical Painting movement in Italy that embraced transcendental ideas of reality and objects. Also on show are Morandi’s more unusual still life paintings of shells, alongside his etchings and oil paintings of table tops with bottles, boxes, vases and flowers, that reflect both the shift in the political environment of the time, exemplified by artistic movements such as Strapaese, and a return to more regional modes of art that challenge the understanding of objects beyond their direct meaning or their perceived nature in the world, into a space that neither words nor cultural significance alone, as Morandi shows, can fully describe.

Morandi’s method of continuously repeating still life compositions and subjects, or “serial variations”, is highlighted in the section entitled ‘Recurrence’ and traced through the evolution of two specific objects: the white bottle and cylindrical white vase as seen in works such as Still Life, 1956. The philosopher Friedrich Nietzsche described recurrence and timelessness as cyclical: not in terms of how long something lasts in the world, but in how things repeat again in time, and the many ways in which things are continued or passed on through time. “A white bottle is all that remains”,Morandi said in 1962. For Morandi the use of repetition was key, and the same set of objects was revisited by the artist again and again in paintings and etchings. This section will highlight a series of works that centre on Morandi’s arrangements of vases and bottles from the 1920s to the 1960s, in addition to works from the late 1940s, when he received the First Prize for painting at the 1948 Venice Biennale.

‘Landscapes’ (Paesaggi e fiori), will highlight Morandi’s long-term investigation into the natural scenery in Grizzana and Bologna, and his innovative landscape paintings and etchings that reveal his fascination with the outdoors and Bologna’s urban landscapes. Here we will show key works such as Landscape of Grizzana, 1913, the artist’s second etching ever made. A specific gallery within this theme will also be dedicated to Morandi’s exploration of flowers in still life, with works such as Flowers, 1952, a subject that the artist was deeply passionate about. Morandi became familiar with the work of French Impressionists and Post-Impressionists such as Claude Monet and Paul Cézanne through exhibitions in Venice and Rome, but he travelled very little in his lifetime, and only crossed the Italian border a few times. This section will display paintings, drawings and etchings immortalizing the natural scenery in Grizzana, a town at the foot of the northern Apennines in Emilia-Romagna where Morandi spent the summer months, alongside his paintings of casas colonicas(farmhouses) and landscapes and sketches made from his studio window in Bologna.