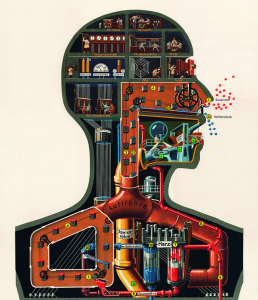 a major project exploring the rich history of mechanically-reproduced imagery from the nineteenth century to the present, curated by visual artist and theorist Walead Beshty.

Picture Industry: A Provisional History of the Technical Image, 1844–2018 includes approximately 350 unique objects and artworks created by almost 90 different contributors. The exhibition and accompanying publication propose a reevaluation of the history of image production and its reception, as traced from the rise of industrialization through to the present-day world of the digital. The project is a critical examination of the “technical image,” a term coined by the Czech media theorist Vilém Flusser that describes a variety of mechanically-aided pictures—including the technologies specific to film, photography, video, slide projection, lithography, and serigraphy. Avoiding conventional disciplinary or medium-based distinctions traditionally employed in museum or academic settings, Picture Industry incorporates imagery associated with a wide array of sources, drawing from the natural sciences, criminology, genetics, journalism, medicine, communications theory, and the fine arts.

The display of works and objects within the exhibition emphasizes their original contexts of distribution, whether intended for art exhibitions, print publication, cinema, or television broadcast. Throughout, special care is taken to elucidate the significance of these various contexts, both by emphasizing the formats of their original public presentation, and through the use of extended wall labels which draw from an array of writing formats from disparate fields.

Technical images have provoked dramatic transformations in culture, giving voice to the voiceless, while simultaneously functioning as a powerful tool of corporate and governmental forces. Picture Industry emphasizes how technical images operate—how they shape our ability to communicate and commune with one another, how they inform our understanding of self and the world at large, formulating our past as they continue to influence our future. At the center of this exhibition is the notion that images are more than mere reflections of political circumstances, instead they are direct agents in the production of political life. The following constitutes one of many possible articulations of this premise, serving as a provisional history posited in the face of an ever uncertain future.

Picture Industry: A Provisional History of the Technical Image, 1844–2018 is produced by the Luma Foundation for Parc des Ateliers, Luma Arles. An early version of the exhibition was presented in 2016 as part of Systematically Open? New Forms for Contemporary Image Production in La Mécanique Générale at the Parc des Ateliers. Picture Industry travelled to CCS Bard Galleries and Hessel Museum, Annandale-on-Hudson, New York in 2017.