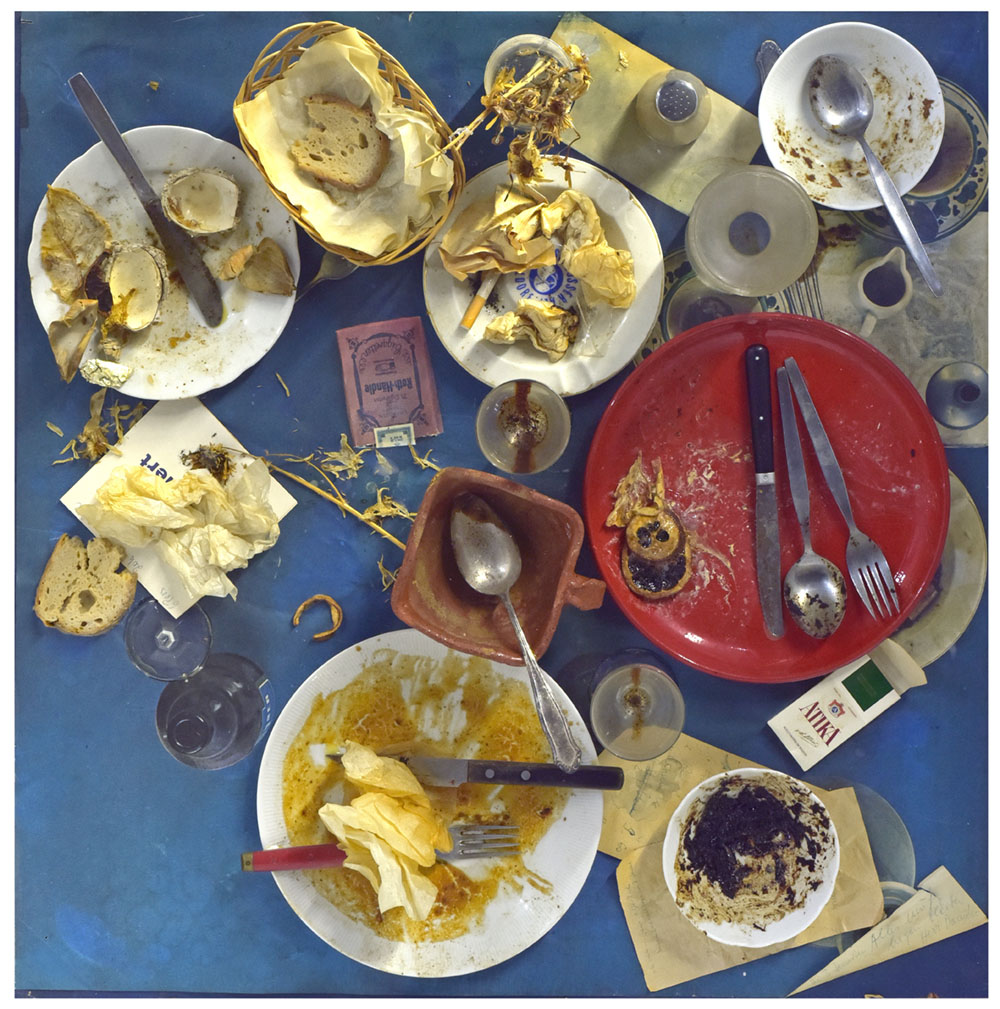 The  Langen Foundation is a place born of great passion for collecting, experiencing and preserving art. With an exhibition of the artst Daniel Spoerri (*1930 in Romania), the Langen Foundation presenst one of the most important representatives of object art, whose artistic work is based on found objects and the rudiments of lived life. His assemblages emerge from his passionate collecting of everyday objects, curious chance finds, and relics he finds at flea markets and antique stores. Spoerri who turned 90 in 2020, is also one of the artists who have significantly shaped and enriched the Rhineland art scene. He founded the legendary “Restaurant Spoerri” and the “Eat Art Gallery” in Düsseldorf`s old town in 1968 and was a close companion of Joseph Beuys. The Düsseldorf years were followed by a professorship and the initiative of a “Musée Sentimental” in Cologne.

Daniel Spoerri, who initially started out as a ballet dancer, director and poet in Switzerland and Paris, turned more and more to the visual arts at the end of the 1950s. In 1960, together with his artist colleagues, including Arman, Yves Klein, Niki de Saint Phalle and Jean Tinguely, he founded the artist group Nouveaux Réaliste. Their art was not concerned with a realistic depiction of reality, but they declared the things of everyday life to be their medium of art. Spoerri’s first trap paintings are created, in which he captures a piece of everyday reality and holds it as if in a trap. His EAT ART are the testimonies of table feasts, in which Spoerri fixes the remains of the meals of a table party with glue and preservatives to form an object picture. The banal process of eating is transformed into an artistic act. His works form an archive of material culture, emotional memories, sensual perception, physical pleasures, almost animalistic urges, and social rites that reveal Spoerri’s fascination with the deep structures of the human condition.

Spoerri’s work is represented in international museums and collections, and has been presented in museums worldwide. Today, Spoerri lives and works in Hadersdorf and Vienna in Austria and at his IL GIARDINO in Seggiano in Italy.

In an interview Spoerri once expressed his wish to be allowed to create a museum of disorder. The Langen Foundation, with its clear and precise architecture, offers a great contrast to Daniel Spoerri’s art, to allow a place of disorder to emerge precisely here. The exhibition, which will feature some 150 works from major creative phases, pays tribute to him as a central of European post-war art. The important work groups and media from the Tableau Piège, to the Piège-À-Mot, Bread Dough Objects, Sevilla Series, Carneval des Animaux, Erst letzt das Erste, Was bleibt! to Spoerri’s bronze work group of the Prillwitz Idols are presented.