Kulturstiftung Basel H. Geiger: “One month after being known in that island” 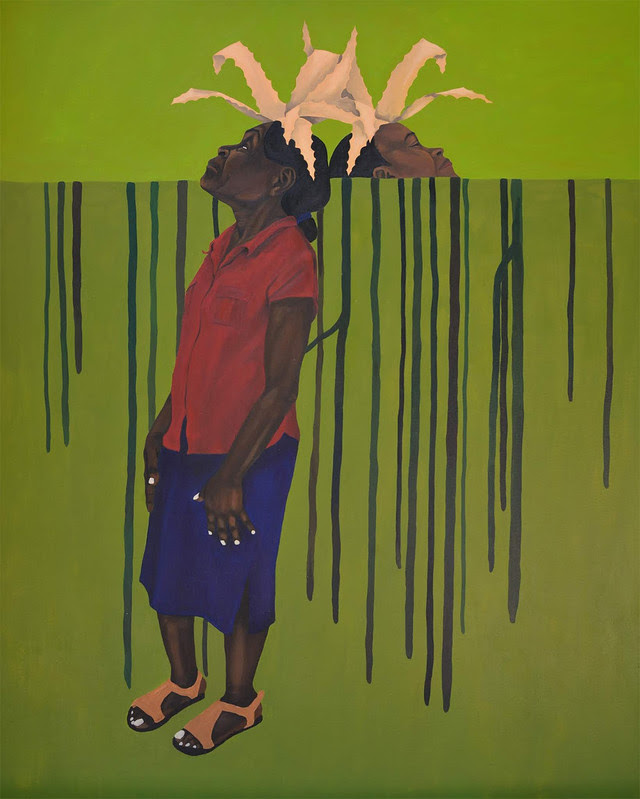 The first exhibition takes place in the foundation’s new exhibition space in a renovated former factory in central Basel, one month after being known in that island will feature nine artists from across the Caribbean and its cultural diaspora who explore the legacy of cultural emancipation through créolité—defined by Édouard Glissant as “the ability to transform in a continuous way without getting lost”—against a historic backdrop of international treaties and the transfer of power. Opening June 4, 2020, ahead of Art Basel in Basel, the exhibition will run until the end of August, accompanied by an extensive public program produced in collaboration with the Art Institute at the FHNW Academy of Art and Design, University of Basel, and Radio X. There will also be a free catalogue published by Hatje Cantz including texts by Rita Indiana and Marta Alinsa Aponte.

The participating artists are: Ramón Miranda Beltrán (Puerto Rico, based in San Juan); Minia Biabiany (Guadeloupe, based between Pointe-à-Pitre and Mexico City); Christopher Cozier (Trinidad and Tobago, based in Port of Spain); Tessa Mars (Haiti, based in Port-au-Prince); Elisa Bergel Melo (Venezuela, based in Santo Domingo); José Morbán (Dominican Republic, based in Santo Domingo); Tony Cruz Pabón (Puerto Rico, based in San Juan); Madeline Jiménez Santil (Dominican Republic, based in Mexico City); and Guy Régis Jr. (Haiti, based in Port-au-Prince). Miranda Beltrán and Jiménez Santil will embark on a residency in Basel in the lead-up to the exhibition, preparing works based on curatorial research and the space itself.

Utilizing the Treaty of Basel (1795)—in which the Kingdom of Spain granted dominion over two-thirds of Hispaniola (present-day Dominican Republic) to the French Republic—as a point of departure, this exhibition looks at how the long shadow of colonial rule is being interpreted by Caribbean artists working today. As curators Jiménez Suriel and Guardiola note, “the artworks pose different ways of thinking, inhabiting, reading, and communicating the Caribbean. They point out frameworks from which multiple local realities can be approached, starting from positions of autonomy, emancipation, and resistance. At times they touch, cross or continue their journey in parallel to these dynamics of power, never denying how complex the contexts within our region are, as well as all their possibilities.”

“As a new foundation opening in Basel, a city with great cultural richness and heritage, it is important that we offer an innovative program that brings different perspectives on art for Basel locals and visitors alike,” says Raphael Suter, Director of the Kulturstiftung Basel H. Geiger. “We are delighted to be working with the Caribbean Art Initiative on this exciting exhibition of contemporary art from the region and we look forward to revealing more about our future program.”

“As a Basel native whose organization advocates for art and culture from the Caribbean, I could not be more thrilled that our city will host the first such exhibition in Switzerland, and one of only a handful of exhibitions in Europe to date, to focus exclusively on the contributions of today’s Caribbean artists,” says Albertine Kopp, founder of the Caribbean Art Initiative. “We see this as an important step in the long-overdue recognition of Caribbean artists, with inadequate access to the international art world.”

The Kulturstiftung Basel H. Geiger will offer free admission to all upcoming exhibitions, which will each be accompanied by a catalogue. Details on the general exhibition program and public programs related to the foundation and exhibitions will be announced later this Spring.