KAI 10 | ARTHENA FOUNDATION: “In the Spotlight of the Night – Cities never Sleep” 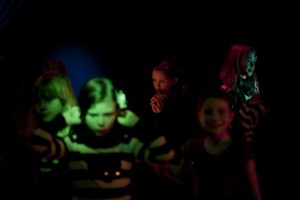 Though the night descends upon all places, it is particularly in urban space that the full array of its meanings is released. The focus of the exhibition In the Spotlight of the Night – Cities never Sleep consequently lies on the nightlife of the city. Together with the participating artists, we gain insight into urban spaces shaped by the night, where fundamental humanist principles tend to become porous, where the proximity of humans to aspects of the creature-like, the artificial, the hybrid and the shady come to the fore. Clearly defined social, moral or aesthetic differences as seen in the cold light of the day will lose their rigid contours under the cover of a nocturnal semi-darkness. The city at night comes across as a realm of transformation and excess, an ideal breeding ground for the development and acting out of alternative life scripts, for modes of thinking directed against the stream of standard political or societal values and rules.

The exhibition focusses on a social dimension of night manifesting in the form of a precarious atmosphere and ambivalent mood underlying the artificial nocturnal world. In a time that is increasingly perceived as politically instable – in which also technological transformations or the loss of entire ecosystems are experienced as a threat – the night likewise serves as a real or imaginary place of refuge, where existential insecurities can be suppressed, for a while at least.

The show also highlights the vital role that artificial light plays in the unfolding of such a nocturnal counterworld. Dioramas from the 19th century underscore the fascination of the masses in the face of artificial light and, at the same time, interact with the artistic works of the present.

The shady life of an unbounded night takes centre stage of this exhibition, which is shown at two venues at once – KAI 10 | ARTHENA FOUNDATION in Düsseldorf and Museum Marta Herford – and is devoted to revealing the many facets of a highly intriguing theme.