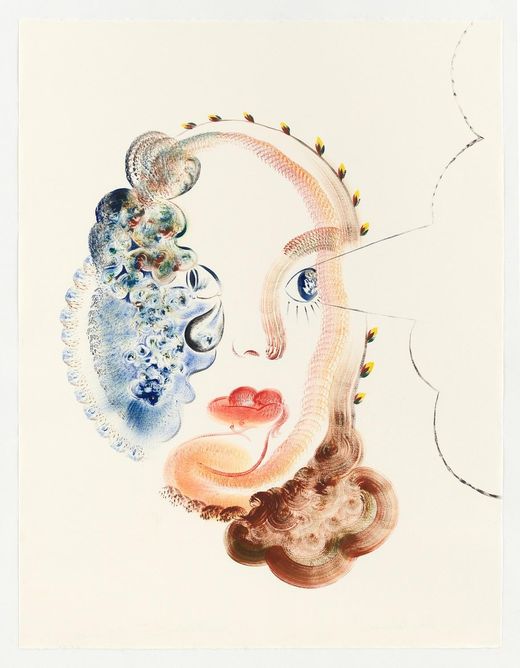 The group exhibition Gulliver’s Sketchbook takes the visitors of KAI 10 | ARTHENA FOUNDATION on an imaginary journey that follows the curiosity and fantasy of the pencil as it delves into microscopic worlds or maps the inside of the body, meticulously traces the surfaces of objects, small and large, and even engages with the distances and dimensions of the universe. In reference to Jonathan Swift’s novel Gulliver’s Travels, published in 1726, the exhibition spans an arc from the graphic recording of the outer world via filigree geometric constructions or traces and impressions of the body to the free and playful outline of surreal realms and scenarios. Here, the particular focus is on how the bodily activity of drawing relates to existing or imagined physical dimensions, also in respect to shifts in cultural-historical perspectives.

Until well into the 19th century, it was impossible to capture visual impressions and observations made on journeys or elsewhere without the drawing hand: nowadays, the shutter button of a camera is enough, more often that of a smartphone. However, in defiance of all technical upgrades, the simple gesture of picking up a pencil to put something on paper, also in its quality of a direct coordination of eyes, body and hand, has not lost the fascinating power of being at the indisputable origin of drawing. Gulliver’s Sketchbook exemplifies these aspects and furthermore visualises the diversity of contemporary drawing. Yet the scale ratio of today’s globalised and instantly networked world is different from what it was in the 18th century. In view of virtual simulations that can be sent around the world in real time, real scale seems to be steadily losing importance. In addition, the designing of virtual objects or spaces primarily takes place independently from the given scale of the human body. Yet in direct drawing on paper or any other material, the body always remains present. Thus, drawing is a conscious renunciation of technological elaboration and its temporal dimension becomes a pause in the flow of images that we are constantly exposed to. Last but not least, the exhibition also raises the question as to how the process of drawing can become a means of human communication, even across distances.