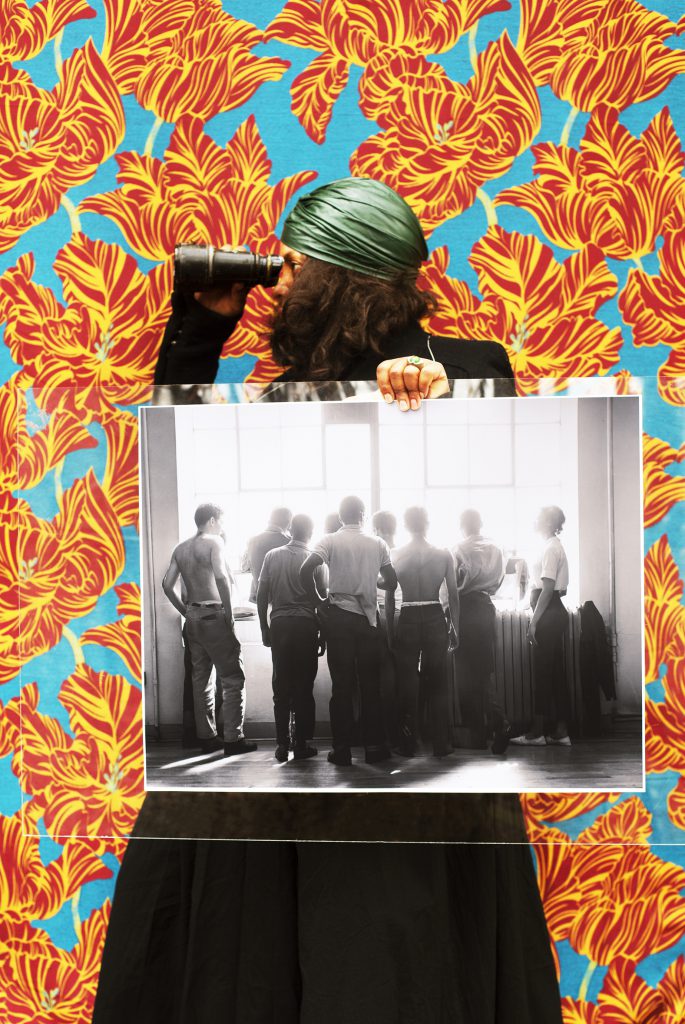 Simmons’s work contextualizes our historical and contemporary engagements with the systems, ideas, people and architecture that undergird American empire-building as a seemingly ever forward process of expansion. While the AFRO’s images offer life-sustaining nuances and glimpses of viable paths forward, Simmons’s new works use the subtle textures of these source images to highlight the inherent tensions of seeking autonomy within systems built on historical amnesia.

Continuously drawing upon the brief history of photography and its uses today, Simmons’s images, animated videos and text and color-based paintings lean into photographic fundamentals like the rule of thirds, while using color, pattern and performance to create abstracted environments that are anchored by material reality. The subjects in Simmons’s works alternate between offering a direct gaze and refusing to be seen, underscoring their agency within the frame.

As she arranges a nuanced narrative where harm, pleasure, refrain, spiritual engagement, resistance and repair are foregrounded, she never loses sight of the fact that the United States and its European models base their empires on the premise of white supremacy. For this show, her works revel in the tonal qualities of black and white, while her superposition of archives, human figures, text, physical and virtual landscapes hint at the stratified images that the AFRO’s photographers and illustrators would enhance by hand, adding detail and contrast to their documentation of everyday life.
Simmons’s engagement with the archive highlights its potential as a repository of language that we can draw from as we propose new models of repair. In this alliance, the archive is not an object of the past, nor a reflecting mirror of a present situation, but is radically drawn towards a yet-to-be articulated future.

This project is a collaboration between Simmons, KADIST and Afro Charities, a US-based non-profit organization that manages the 130-year-old AFRO American Newspapers’ archives and produces programming inspired by the collection.