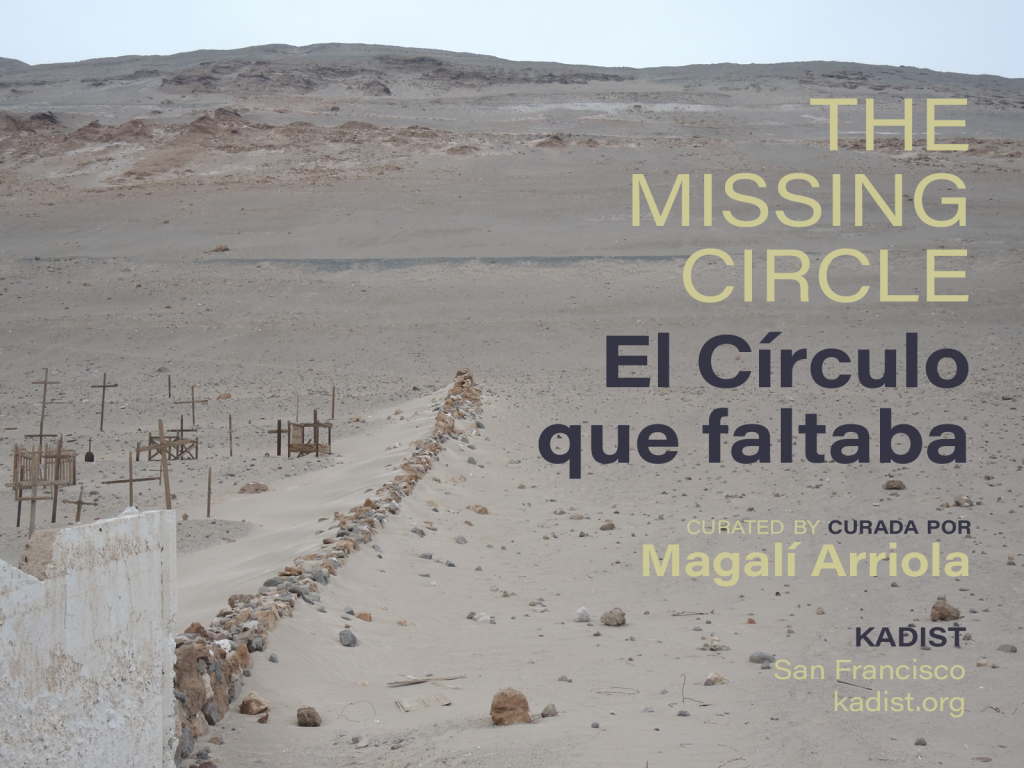 The Missing Circle is the culmination of an eponymous series of programs initiated by KADIST in 2017 and curated by Magalí Arriola across Latin America. Adapted from its large-scale iterations at the Museo de Arte Moderno de Medellín and the Museo Amparo in Puebla, the exhibition at KADIST San Francisco departs from the shared experience of death, extinction, and its various manifestations that have permeated Latin America since colonial times.

The Missing Circle revisits particular episodes in the region’s political history to explore the role that counted corpses and unaccounted souls play in the world of the living, not only as casualties of institutionalized violence and bare life, but as the emancipating agents at the heart of new political formations. The ‘missing circle’ alludes to a speech by Argentinian writer Julio Cortázar: “If every human death entails an irrevocable absence, what can we say of this other absence that continues as a sort of abstract presence, like the obstinate denial of the absence we know to be final? That was the missing circle in Dante’s Inferno, and the supposed rulers of my country, among others, have taken upon themselves the task of creating and populating it.”

Like a fable providing an allegorical approach to the Latin American social landscape, this group exhibition convenes historical individuals, fictional characters, tangible facts, and mythical stories. In bringing together this constellation of characters and events, The Missing Circle draws a space in which temporary markers acquire a different morphology, and reveals the connective pathways between facts and places, objects and subjects, witnesses and narrators, and actants and spectators. Rather than aspiring to unearth truth or fabricate fiction, the resulting narrative addresses the politics of interpreting and representing facts in what anthropologist Michael Taussig refers to as “the social being of truth.”

Comprising seminars, commissions of new works and exhibitions across Latin America, The Missing Circle’s three-year series is part of KADIST’s international programs devoted to drawing connections between different localities by addressing shared issues, often of global relevance, in close collaboration with partner institutions, researchers, and artists in the region. Magalí Arriola is the director of Museo Tamayo in México City, and was KADIST’s Lead Curator for Latin America from 2017 to 2019.

Please note that Carlos Amorales, The Cursed Village (2017), 13:00 min, and Jesse Lerner, The American Egypt (2001), 25:39 min, will screen on Saturdays at the top of the hour from 12 to 5 pm (last screening begins at 4 pm). The films will also be available to view online for the duration of the exhibition.