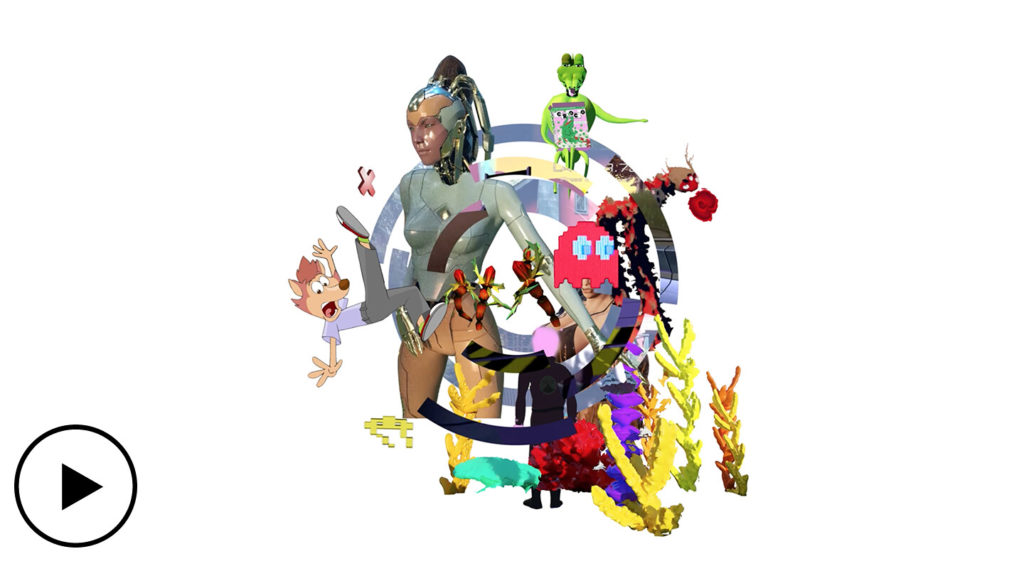 2022 marks 15 years since the opening to the public of the first exhibition space of the Julia Stoschek Collection in Düsseldorf, which was followed by the opening of the Berlin space in 2016.

As one of the world’s most comprehensive private collections with a focus on time-based art, the Julia Stoschek Collection has organized more than 40 exhibitions as well as additional activities and international collaborative projects devoted to the public presentation, conservation, and research of artworks from the 1960s to the present.

Curated by Hans Ulrich Obrist to celebrate the 15th anniversary of the Julia Stoschek Collection, the group exhibition WORLDBUILDING: Gaming and Art in the Digital Age opens in Düsseldorf this June.

WORLDBUILDING examines the relationship between gaming and time-based media art with a journey through various ways in which artists have interacted with video games and made them into an art form. In the words of the curator Hans Ulrich Obrist: “In 2021 2.8 billion people—almost a third of the world’s population—played video games, making a niche pastime into the biggest mass phenomenon of our time. Many people spend hours every day in a parallel world and live a multitude of different lives. Video games are to the twenty-first century what movies were to the 20th century and novels to the 19th century.”

The aesthetics of games entered artistic practice decades ago, when artists began to integrate, modify, and subvert the visual language of video games to address issues of our existence within virtual worlds. Some artists have also brought to light a critique of games from within the system itself by highlighting discriminatory and stereotypical aspects of commercial and gaming logics. More recently, artists have begun to harness the mainstream power of gaming to communicate new forms of engagement that reach the massive audience of this borderless global industry. From single-channel video works to site-specific, immersive, and interactive environments, WORLDBUILDING encompasses over thirty artworks from the mid-1990s to the present. Works from the Julia Stoschek Collection—some of them especially adapted for the exhibition— will be joined by newly commissioned works. Including video, virtual reality (VR), artificial intelligence (AI), and game-based works, most of the works are interactive and openly invite visitors to immerse themselves in the multitude of alternative realities created by artists, spanning past, present, and future.

WORLDBUILDING will bring together pioneers of artistic processes such as JODI, Peggy Ahwesh, Cory Arcangel, and Sturtevant, who have modified existing video and computer games for their own works since the 1990s, and more specifically interactive works by pioneers Suzanne Treister and Rebecca Allen, who has a special bond with the city of Düsseldorf due to her collaboration with the band Kraftwerk. Large-scale, game-based installations will immerse the visitors in the work of younger generation artists such as Danielle Brathwaite-Shirley, Keiken, LuYang, Lawrence Lek, Gabriel Massan, and The Institute of Queer Ecology, who critically reflect on socio-identitarian issues with utopian visions and future worlds, while others point to a direct interaction where the boundaries between artwork and social dimension of video games or the metaverse merge, as in the work of Lual Mayen, Cao Fei, Frances Stark, Angela Washko, and LaTurbo Avedon, who is both an avatar and an anonymous artist. Aesthetic components that come directly from the world of game programming, including 3-D and VR, will find a special place in the time-based media art works of Ed Atkins, Meriem Bennani, Ed Fornieles, Rindon Johnson, and Jakob Kudsk Steensen, while video works with a distinctly more narrative emphasis by Harun Farocki, Larry Achiampong & David Blandy, and Sondra Perry will offer insight into other aspects of the games industry.

With works whose software components will be further developed and a series of screening programs, the anniversary exhibition will constantly change over the course of its one-and-a-half- year run. This will be accompanied by a varied program, both online and on site, as well as a booklet and a comprehensive exhibition catalog that will investigate various perspectives on the phenomenon of gaming.

The exhibition will be travelling to Centre Pompidou-Metz in June 2023.