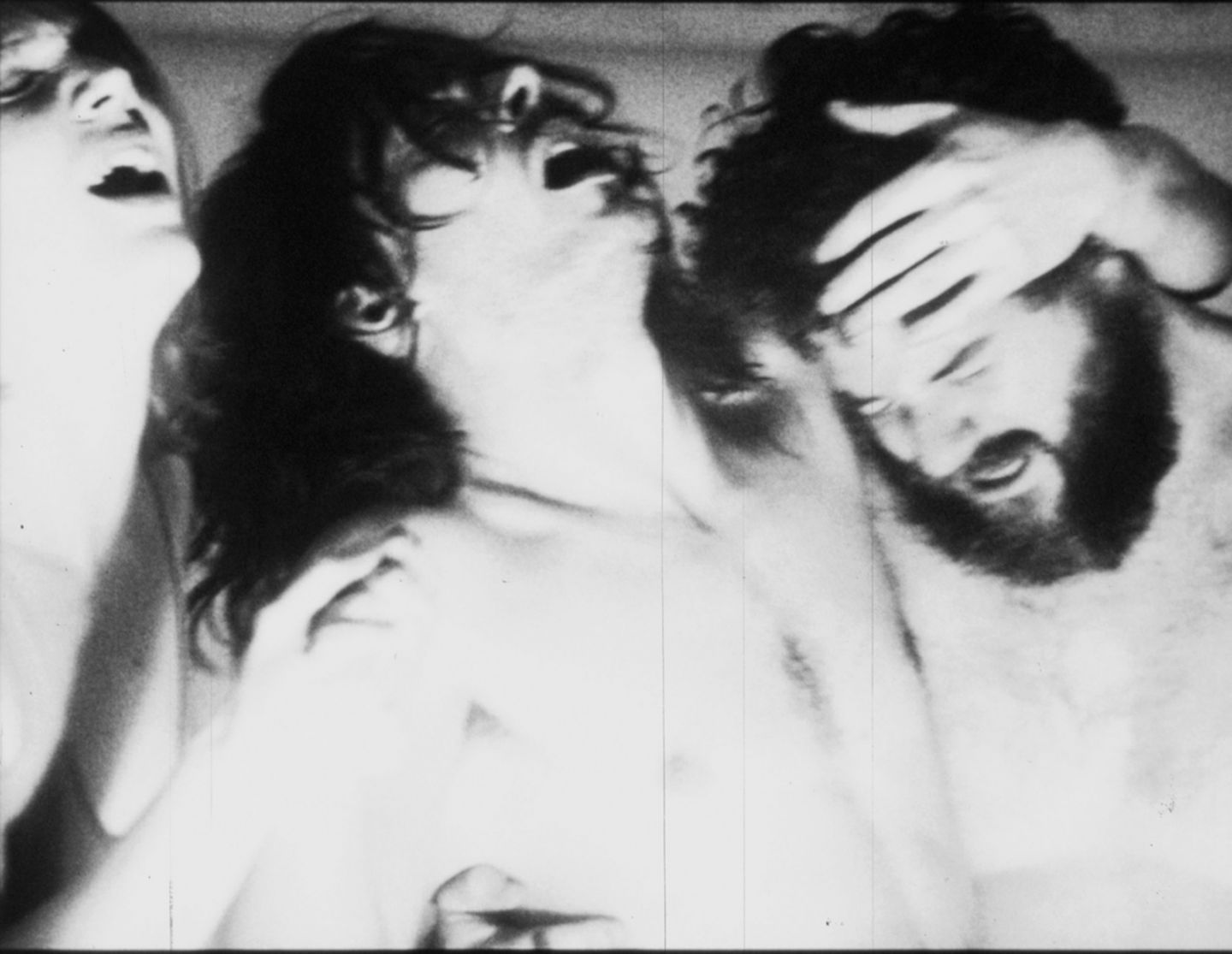 Jeremy Shaw’s Quantification Trilogy consists of three parafictional short films: Quickeners (2014), Liminals (2017), and I Can See Forever (2018). The works are set in the future and explore how marginalized societies confront life after a scientific discovery has mapped and determined all parameters of transcendental spiritual experience. This is known as “The Quantification.” Employing aesthetics and outmoded media of the 20th century to depict the future, Shaw’s alchemical combination of cinema verité, ethnographic film, conceptual art, and music video invites the viewer to suspend their disbelief in the story, and provides a series of critical perspectives on systems of power. The Quantification Trilogy examines fringe culture, theories of evolution, virtual reality, neurotheology, esotericism, dance, the representation of the sublime, as well as the notion of transcendence itself.

Set five hundred years in the future, Quickeners presents the activities and testimonies of a small group of “Quantum Humans,” exhibiting symptoms of “Human Atavism Syndrome” (HAS)—a dormant genetic expression that awakens desire in the affected to seek out the abandoned spiritual meaning of their human predecessors. A species wirelessly interconnected to “The Hive,” Quantum Humans have evolved to operate on purely rational thought, thereby achieving immortality. In the video, Shaw meticulously reworks archival documentary footage of Pentecostal Christian snake handlers to depict the uncanny return of an outmoded system of belief. As the story unfolds, an authoritative Quantum Human narrator reports on what we witness: indecipherable testimonials, sermons, prayers, convulsive dancing, speaking-in-tongues, serpent handling, and ecstatic states known as “Quickenings.”

Liminals is presented as a recovered episode of a documentary series on marginal societies (Periphery Altruist Cultures) who respond to a widespread loss of ability for faith that threatens the extinction of the human species. A group named “The Liminals” believe that by injecting themselves with machine DNA and re-engaging abandoned spiritual rituals, they will be able to access a paraspace between the physical and the virtual where humanity can enter a new phase of evolution. Taking place three generations from the present and using a 1970s cinema verité aesthetic, Liminals depicts members of the group as they engage in varying cathartic behaviours—from whirling and kundalini yoga to modern dance and headbanging—in an effort to rupture their current reality and save humanity.

I Can See Forever is conceived as a television documentary series about “The Singularity Project,” a failed government experiment that aimed to create a harmonious synthesis of human and machine. Set approximately 40 years from today, the video employs mid-1990s fly-on-the-wall VHS footage to expose the story of 27-year-old Roderick Dale, the project’s only known survivor. Born with an 8.7% machine DNA biology, yet uninterested in the virtual-reality trappings of his time, Dale has committed himself to a life immersed in dance. It is during his unique virtuosic activities that he claims to be able to “See Forever”—a multilayered and contentious term that he defines as the ability to transcend to a digital plane of total unity while maintaining a corporeal physical presence.

The exhibition also presents a selection from Shaw’s series of reframed archival photographs: Towards Universal Pattern Recognition (2016­–20). These photographs feature subjects experiencing states of spiritual, hedonistic, or technological catharsis. They are framed under precisely faceted prismatic lenses designed by the artist to create multiple refracted images around a specific element within the picture. This mediation of the presented image not only appears to approximate the altered state of consciousness of the photographic subject, it heightens an awareness of the perspective of the camera, the beliefs or values of the original photographer, and those of viewer of the artwork.

Quantification Trilogy is part of the JULIA STOSCHEK COLLECTION and produced in cooperation with the Kunstverein in Hamburg and the Esker Foundation in Calgary, Canada. An extensive publication will be released in conjunction with the show.