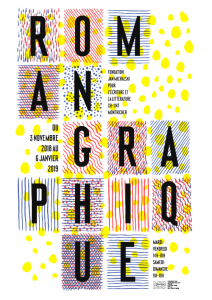 The American author and cartoonist Will Eisner (1917-2005) is generally credited with coining the term graphic novel. By placing the term on the cover of his 1978 book A Contract with God with the hope of seeing the tome shelved in the literature section of nonspecialized bookstores, he introduced a category that stood apart from comics and would quickly catch on.

The French term roman graphique, a literal translation of the American expression, has been applied since the 1980s in the French-speaking world to works and collections of comics that depart from the usual production standards, where the archetype is the hardback album printed in color that contains from 48 to 62 pages and sticks to the logic of serial publication with recurring heroes and heroines. While the outlines of this definition remain fairly imprecise, it is the nonconformity to a certain norm that the roman graphique has taken over in the publishing landscape. Uncommon formats and layouts, condensed pagination, literary ambitions, and independent, loose narratives are the features that are most commonly shared.

Writers enjoy a creative freedom then which the publication of numerous graphic novel collections has both welcomed and helped to sustain and develop, whether it’s alternative publishers or the traditional publishers of graphic novels, or especially publishing houses known to focus on literature.

Since Hugo Pratt’s Corto Maltese: the Ballade of the Salt Sea, Art Spiegelman’s Maus, Chris Ware’s Jimmy Corrigan, Joe Sacco’s Palestine, and Marjane Satrapi’s Persepolis, the art of the graphic novel has won over a new readership in the past few decades and assumed a legitimacy in culture. The themes have grown more diverse to the point of opening up to nonfiction now. The term currently covers biographical and autobiographical stories, personal or intimist fiction, adaptations from literature, reportage, essays, wordless imaginary geographies, and other experimental fields.

Featuring original plates, rare editions and nearly two hundred freely accessible titles Roman graphique explores the roots, history, and development of this full-fledged literary form, from the 1960s right up to the work being done today.