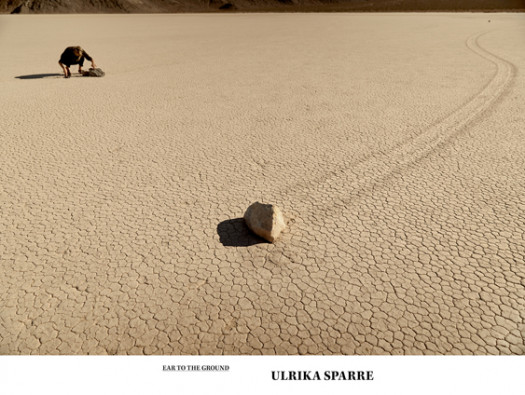 Landscape has historically been a key focus for conceptual art: a prominent approach being one which is simultaneously physical, linguistic and performative. However, the grand gestures of land art have often overshadowed and silenced other ways of relating to nature; ways that are emotional, sensitive and narrative. There is a genealogy of artists (many of them female) who have used other codes to observe nature and the idea of nature.

In October 2020, Index will present an exhibition with Swedish artist Ulrika Sparre (Sweden, 1974). Sparre’s practice is guided by text and nature, exploring the spiritual and physical in nature. Working in between public interventions and conceptual art, Ulrika Sparre has shown her work in Sweden and internationally. In 2020, she published the book “Ear to the ground” with Art & Theory Publishing. The publication takes the reader on a visual journey, providing an overview of the artworks, photographs, and material collected throughout Sparre’s project of the same name and features essays by Johan Redin, Sue Spaid, Virginia MacKenny, Virginia Marano, and Jacquelyn Davis, as well as an interview between the artist and Marti Manen. Read more on the artist’s website.

Creating a connection between two temporal situations, drawing together artistic practices of the 70s and today through two figures who share a similar way of seeing, the exhibition will present a new film and production by Ulrika Sparre together with historical material from Fina Miralles (Spain, 1950). Fina Miralles was one of the Catalan conceptual artists working with social and political critique, identity and nature in the context of the end of the Franco dictatorship in Spain. She participated at La Biennale di Venezia in 1978.