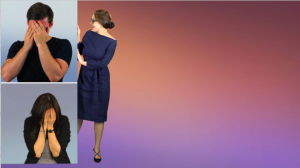 Roxy Farhat makes and makes and makes. One of those insatiable artists who works beyond the often rigid demarcations of artistic disciplines. Working between performance and film, between art and music, between politics and the aesthetics of the commercial sphere. Questioning these established identities, Farhat has developed an artistic language that dextrously adapts itself to several situations: the creation of parallel subjects, the theatrical form, the music video as a work of artistic value.

Farhat’s artistic work acts as a whip and also as a crystal – it is a practice of immense strength which cracks, refracts and exposes. The exhibition title plays on the sound of the whip cracking and the crystal spinning. Working collaboratively with musicians such as Gnučči, Zhala and The Knife, Farhat acts as a refracting and reflecting force working between performance, film and music-video. Farhat brings a fierce feminist stance to each of her pieces. She is an artist who is unafraid and consistently steps up to address urgent political, social and cultural issues.

This is the first major solo exhibition of the artist in Sweden and internationally. The space at Index accommodates encounters with aspects of the artists varied practice. It engages with her uses of performativity between and beyond video, performance and collaborative practice, operating in several fields at the same time. Presenting work from the past decade of the artists’ career, this exhibition plays out through video, sound and events at Index and shares crystallising elements of Farhat’s extensive body of work to Index audiences.

Roxy Farhat (b.1984 in Tehran, Iran) lives and works in Stockholm. She has a BFA from Konstfack in Stockholm and an MFA from UCLA in Los Angeles. Recent works include radio play Självporträtt for Swedish Radio with Dimen Abdula and Zhala, the film HUR with cinematographer Iga Mikler, feature film project with Göran Hugo Olsson, collaborations as Minimal Kompetens and United Colors of Bitchaton. She is also an award winning director of music videos with artists such as The Knife, Gnucci, Zhala and Marit Bergman.