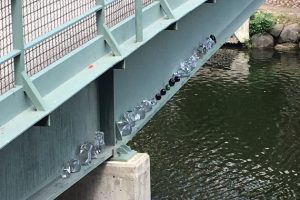 The Promise is an exhibition and events series that explore the city as a political space. With more people than ever living and working in urban agglomerations and with a growing importance of commercial and political centers, the space of the city has become one of the most contested issues of today. How do its inhabitants live together, and how does the city’s design – its architecture, urban design, landscape, and infrastructure – affect the conditions of living?

The Promise highlights the complex organization of space through the built environment, but also the invisible structures of ownership, policies and legal regulations that control access to resources and determine social interactions. Engaging specifically with the surrounding of Index and the city of Stockholm, the project consists of a series of newly commissioned artworks by Swedish and international artists. In addition, the exhibition presents an extensive archive of materials and documents that trace the history of urban struggles, conflicts and resistance, a series of talks and events, and a three-part film program throughout the summer.