Index Foundation: Fina Miralles “I am all the selves that I have been” 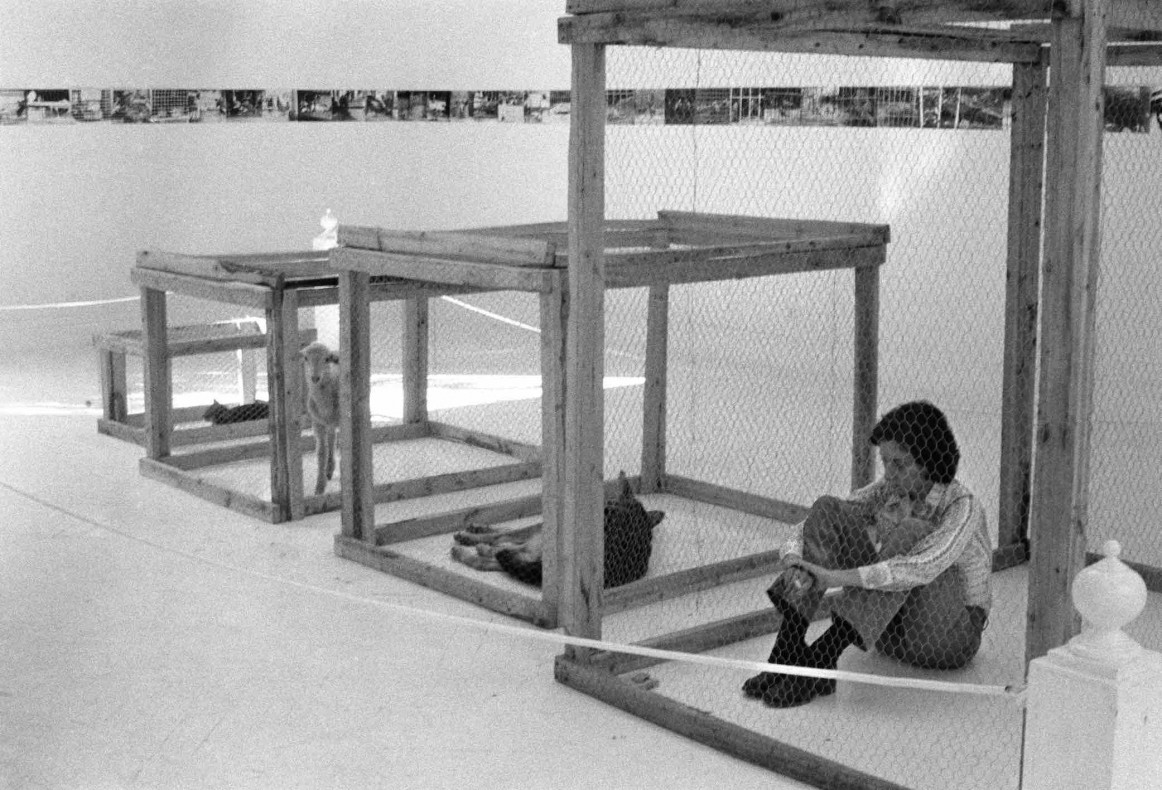 Index – The Swedish Contemporary Art Foundation and Marabouparken konsthall are proud to present Catalan artist Fina Miralles’ first major exhibition in Sweden, produced by, and first shown at MACBA (Museu d’Art Contemporani de Barcelona). The exhibition will be presented at the two venues at the same time in collaboration, and share the opening date, 19 February 2022.

Fina Miralles’ (Sabadell, 1950) work arose during the 1970s in the context of the Franco dictatorship. A hostile and limiting environment in which censorship, determined by the power of the Catholic Church and sponsored by the regime, controlled all forms of expression for so-called moral reasons. Miralles broke with the academicism taught in art schools and with the established behavioral norms of that time. Art history has tried to ascribe Miralles’ production to Conceptual, Land or Feminist art, without being able to attend to the breadth and complexity of her ideas and practice, which constantly challenges the limits of those labels. It is because of this, perhaps, that her work is so little known internationally, something this project seeks to re-address by journeying through her body of work.

In 1974, Fina Miralles presented her exhibition Imatges del zoo (Zoo Images) at the Sala Vinçon in Barcelona, an exhibition space inside a design store. Zoos were initially intended to be places where wild and unknown animals were shown to the public: they demonstrate human supremacy over creatures and humans’ power over animals. Here Miralles subverts the established order and overturns the usual categories: wild and exotic animals are displayed in photographs, while the cages are occupied by animals found in home environments and by the artist herself. The installation evokes the so-called ethnographic exhibitions or human zoos that the world’s fairs of the 19th century mounted to show the vast range of tribes and indigenous peoples from colonies exploited by the great mother countries. In addition, the transposition of the concept to the art space constitutes an act of exhibitionism that questions the notion of what a work is, the status of the artist and the position of the spectator, combined with a powerful critique of the idea of authority and power.

The exhibition I AM ALL THE SELVES THAT I HAVE BEEN is presented as a journey that delves into some of the crucial issues addressed by Miralles: the transversal relationship with nature in her work; the language with which we communicate and express ourselves; artistic expressions and the way they overlap in the presentation of an idea, whether through actions, performances, photographs, paintings or videos; power relations and the ubiquitous imposition of power on our lives, especially under a dictatorship; the historical, political and social background that determines and conditions our lives and work; the status of women as, at that time, subject to male authority and restricted by specific laws largely aimed at maintaining moral codes of behavior and the objective of nuclear family life; or the constant duality in her work between nature and artifice, reality and appearance, to give but a few examples. The works presented here break the limits of artistic conventions: the monochrome landscape, painting as gesture, the artist herself as an artistic object, in a body of work in which the process is more significant than the formal result. Miralles demystifies the work of art as a contemplative and untouchable, univocal object while confronting us with our own condition as individuals in nature.

Beyond making the work of this important artist known, which is surprisingly absent from the art books of the seventies or the magazines and publications that have reflected on the most radical artistic practices, this exhibition also sets out to restore her place in art history. The exhibition is accompanied by a publication with critical texts about her work and a compilation of images.

Fina Miralles studied fine arts at the University of Barcelona. She then spent time in South America, France and Italy, before settling in Cadaqués, in Catalonia, in 1999. Her first actions, at the beginning of the seventies, placed her among a group of Catalan Conceptual artists concerned with nature, involving elements such as trees, earth, water and the artist’s own body. With great simplicity and forcefulness, they emphasise the dialogue between nature and artifice, while displaying a social and political critique in the context of the end of the Franco era, touching on themes of totalitarianism, patriarchy and violence. At that time, she participated in the founding and management of emblematic spaces of contemporary art such as the Sala Vinçon, Barcelona, Sala Tres, Sabadell, and Espai 13 at the Fundació Joan Miró, Barcelona. Fina Miralles work was presented at Venice Biennale in 1978. In the eighties, as a result of her travels, her pictorial and graphic work was characterized by a search for spirituality, with lyrical gestures and a restrained simplicity. After the Millennium, she returned to action and performance art as a dialogue with the land, sea and the rhythms of nature. In recent years, she has published some of her poetry.

The exhibition is organised by MACBA Museu d’Art Contemporani de Barcelona, in collaboration with Index and Marabouparken konsthall, Stockholm, with the support of Institut Ramon Llull and the collaboration of Museu d’Art de Sabadell. Ajuntament de Sabadell. Curated by Teresa Grandas.
We are also thankful for the support from AC/E and the Spanish Embassy in Stockholm.