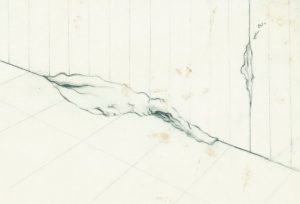 Since the 1960s, this Swedish artist Beth Laurin (born 1935 in Stockholm) has developed an impressive body of work which isn’t easily classified. It includes sculpture and objects, performance, drawing, sound, text, photography and video, and often incorporates found things, personal materials, texts and newspaper clippings that are used with a resonance of associations and potential meanings. Her work has developed in correspondence with political movements, such as early feminism, but with a highly idiosyncratic approach that looks extremely contemporary until today. Reinventing and reconfiguring her practice, changing formats and testing things, often with humor, is in Beth Laurin’s oeuvre a way to systematically investigate the question of what can be done with art.

The exhibition at Index will present a selection of works from the past decades that give an insight into the working methodology of the artist. Works in the exhibition include a series of large sculptures, based on objects found on the street and in nature, which are carefully reproduced in different media and with metallic surfaces, and drawings that, in several steps, enlarge details from fingerprints in exquisite pencil and charcoal drawings. The artist’s interest in the transformation of objects that carry a personal meaning, through shifts in material, size or context, will be further documented in a selection of documents, photographs, collages and drawings.

Beth Laurin has exhibited continuously throughout the years, and her works are part of the most important public collections in Sweden, but were rarely shown on an international scale in which her work clearly requires to be discussed. The title of the exhibition, Provisorium, was initially taken from one of the many notes of hers that Laurin keeps in a collection, reading “Livet är ett provisorium” (Life is provisional). As a title, it points to the fact that even as a retrospective exhibition, it will still only represent a temporary state of how the materials and objects assemble that the artist has produced and gathered.