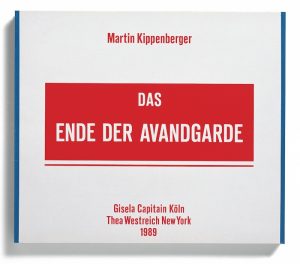 Distance Extended / 1979 – 1997. Part I marks the beginning of a new long-term exhibition project that will shed light on the second generation of artists within the Herbert Collection.

The presentation succeeds Time Extended / 1964 – 1978, a three-part exhibition project that examined the early years of the Herbert Collection. Against the backdrop of the socio-cultural changes around May 1968, the Collection was started in 1973 and focused on the work of avant-garde artists like Carl Andre, Sol LeWitt, Art & Language, Jan Dibbets, Marcel Broodthaers, Bruce Nauman, Daniel Buren, Dan Graham and Mario Merz.

Two decades later, the era of optimism, prosperity and freedom was brought to a conclusion with the fall of the Berlin Wall in November 1989. The end of the Cold War initiated an altered world order and a worldwide embrace of global capitalism. The social change and rise of new media left their mark on the art world as well. Although the artistic legacy of the previous generation remained apparent, the artists started to adopt a visual language that was rooted in a rejection of the utopian perspective that characterised the 1960s and the 1970s.

Distance Extended / 1979 – 1997. Part I presents a first selection of Works and Documents from these artists. In the following years, the presentation will undergo several intermittent changes, each time highlighting a different facet of this intriguing period.