Henie Onstad Kunstsenter: ‘Nothing is more radical than the facts’ 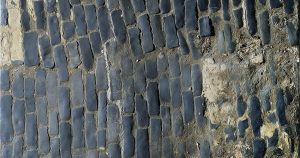 Henie Onstad was one of the first institutions which began acquiring works from Mark Boyle (1934-2005) on a large scale. Boyle started his artistic career as a poet, but then continued on to work with assemblages, film, events, happenings and lightshows together with his partner Joan Hills and their children Sebastian and Georgia.

Høvikodden became a key place of work for the Boyle Family, and in the mid 1980´s, “The Boyle Family Archive” was established at Henie Onstad. This exhibition will showcase this special collection together with a room dedicated to the Boyle’s unique psychedelic light design for the legendary Soft Machine concert at the art center in 1971.

Henie Onstad are proud to present this exhibition where one can experience unique assemblages in large formats together with the liquid light shows of the 60’s and 70’s.