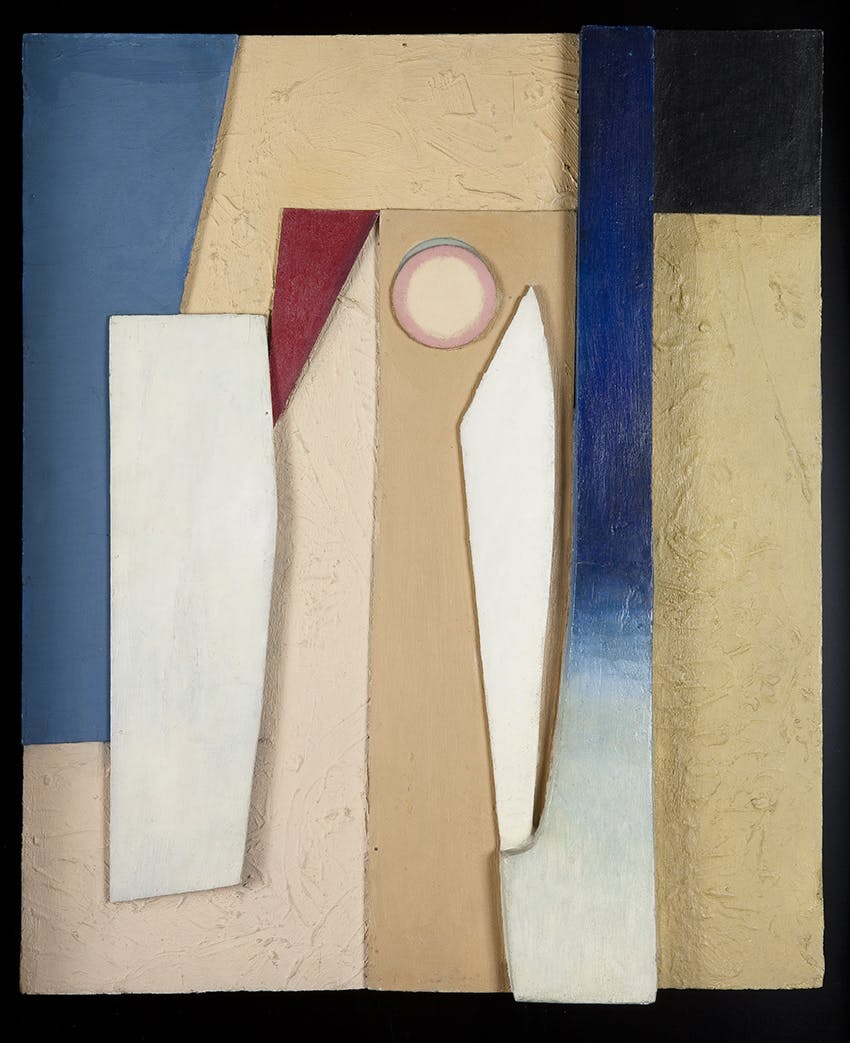 This exhibition showcases the German avant-garde artist Kurt Schwitters (1887-1948) and his artist colleagues. Schwitters was one of the most distinctive and versatile artists of the first half of the 1900s, and the artistic tactics and strategies he developed have greatly influenced later generations. Schwitters is presented here in company with his contemporaries and artists he later inspired.

The French term avant-garde, meaning vanguard, is used to refer to experimental artists or movements that seek to oppose or alter a tradition, and to artists who work across the established artistic disciplines and with innovative strategies such as manifestos, artists’ books and mail art. Historically, the avant-garde first signified major movements, such as Dada, Futurism and Surrealism, that emerged in the late 1800s and ended in the 1920s and 1930s, and then the radical period of innovation in art, literature and fashion that occurred at the end of the 1950s and 1960s, the so-called neo-avant-garde. For the avant-garde, social and political radicalism are closely linked to artistic innovation. More than being stylistic movements or “schools”, the avant-garde is about different attitudes to life.

In 2009 Sparebankstiftelsen DnB began developing a collection of work by Schwitters and his colleagues in close collaboration with Henie Onstad Kunstsenter. It is still under development today. Since its establishment in 1968, Henie Onstad Kunstsenter has been a home for the avant-garde and for artistic projects that defy easy categorization. The institution is unique in this respect in Norway. This exhibition features work from Sparebankstiftelsen DnB’s collection alongside material from Henie Onstad’s own collections and archive.

The exhibition opens and will be shown permanently in Henie Onstad Kunstsenter’s Gallery Merz, which is a completely new exhibition hall at the art center. The hall is 430 square meters and has been created as an integral part of the art center’s original building mass from 1968. The area has previously been used as a warehouse. The rooms have now been converted into public areas for art. The exhibition halls is spread over two floors, designed by Snøhetta. The exhibition design is developed by the artist Luca Frei in collaboration with Henie Onstad Kunstsenter.