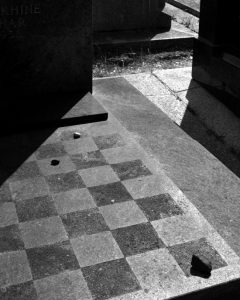 Surveying Dag Alveng’s career since his debut in 1979, this retrospective exhibition brings together Alvengs major series of works, such as Asylum (1979-1982), Summer Light (1980–2012), his multiple exposures from New York, and his more recent project Racing (2002-2012), with lesser known earlier works.

Dag Alveng is considered one of the first photo conceptual artists in a Norwegian context. The exhibition presents around 150 photographs in various formats, including vintage and new copies, and is the most comprehensive presentation of Dag Alveng’s production so far.