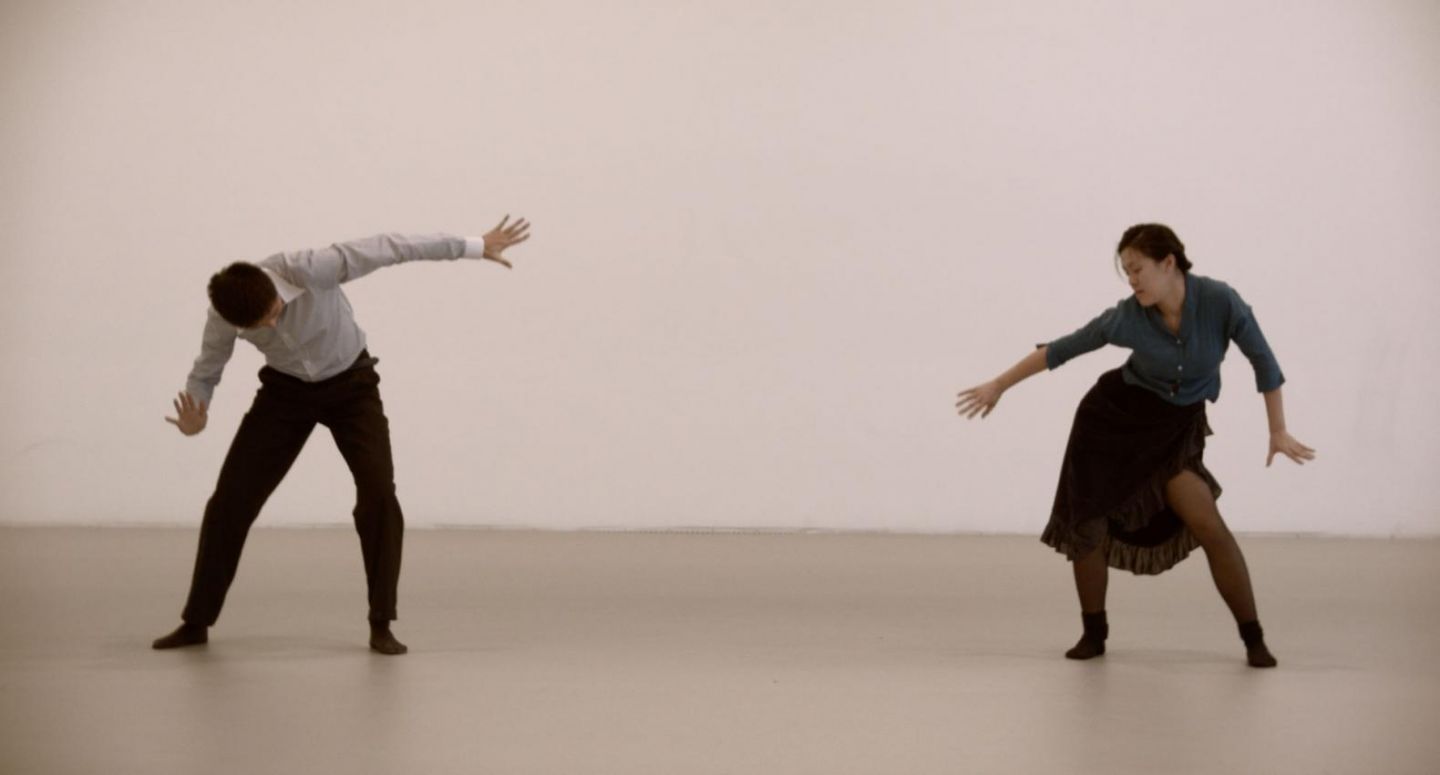 As 2019 recipient of the Han Nefkens Foundation – ARCOmadrid Video Art Production Award, artist Hao Jingban presents Opus One a dual-channel video installation at Matadero Madrid as part of their “Depth of Field” programme which focuses on the production, screening and study of contemporary audiovisual practice.

Opus One interweaves two seemingly distinct points in time and space in the history of music and dance movements. The film’s point of departure is 1930s Harlem in New York, when swing dance-forms such as ‘Lindy Hop’ and ‘The Charleston’ became widely popular as people turned to dance after the Great Depression. The film’s protagonists are Suzy and KC, a young Chinese couple in contemporary Beijing who trace the steps of the so-called “authentic jazz”, choreographing a set of dances while drawing references from vernacular and cheesy dance moves found on the popular Chinese digital video streaming platform, TikTok. The parallel narratives portray the irresistible attraction of synchronisation, affinity and the convergence of these two temporalities. As Duke Ellington famously sings, “If you should take the ‘A’ train, You’ll find you’ll get to where you’re going in a hurry.” But for some movements, their meaning will have to wait, and won’t be reached in a hurry.

Hao Jingban will also present a piece from 2018, entitled From South Lake Park to Red Flag Street. This piece reflects on an area in the north-east of China – previously called Manchuria and also (from 1932-45 while under Japanese rule) Manchukuo – that today encompasses three provinces all sharing a long border with Russia and North Korea. In this piece Jingban explores how both the Chinese and Japanese who had worked in a propaganda film studio which functioned from 1937 to the end of World War II were hesitant to talk about their time there.