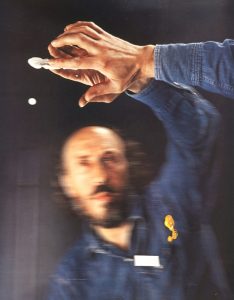 Beyond the Mirror, a title that deliberately alludes to the world of Alice Liddell, the heroine created by Lewis Carroll (1832-1898), is a thematic exhibition which consists of 69 works, a mirror number. The intention is to show the polysemic presence of this object in the iconography of European art, particularly within painting, but also in works in other mediums, such as sculpture, books, photography and film.

Mirrors are particularly interesting objects since they have the ability to transport us to other dimensions, leading us into the realms of spirituality, dreams, or even nightmares.

Artists employ mirrors for various reasons, as they can both reveal and disguise elements of the scenes that are represented. They offer infinite visual possibilities including, most obviously, that of accurately reflecting reality.

Yet even though the chief purpose of the mirror is indeed to faithfully represent appearances, reflecting a coherent vision of the world, this is not always how artists use them. They may focus on ambiguity and fragmentation, in line with their often philosophical intentions, in preference to the mimetic representation of reality.