Gulbenkian (Lisboa) Manuela Marques and Versailles. The hidden face of the sun 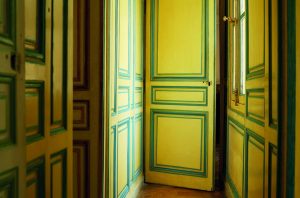 The Lower Floor Gallery of the Calouste Gulbenkian Museum hosts the first public exhibition of a group of photographs made by the artist Manuela Marques over several months at Versailles. Wandering around the palace.

The artist became a kind of flâneur, exploring its most hidden spaces, capturing atmospheres and recording details of sumptuous objects or unexpected graffiti, and even sounds that summon up contemporary life in these spaces – a place of work for some, and a place that delights the millions of visitors who wander through its rooms, corridors and gardens.

This project, which has Versailles as its core, led to the creation of an itinerary that extended to the Calouste Gulbenkian Collection’s galleries of eighteenth-century French art. Among other themes, it highlights royal patronage, luxury industries, and the dynamism of cultural activity, which found in book production one of its most significant moments. All of these are illustrated by major examples from the collection’s permanent display as well as pieces from its stores, shown for the first time. Some of the most notable items are pieces of gold and silverwork, furniture, painting, textiles, porcelain and the art of the book, many of which were commissioned by royalty or the French nobility between the reigns of Louis XIV and Louis XVI.