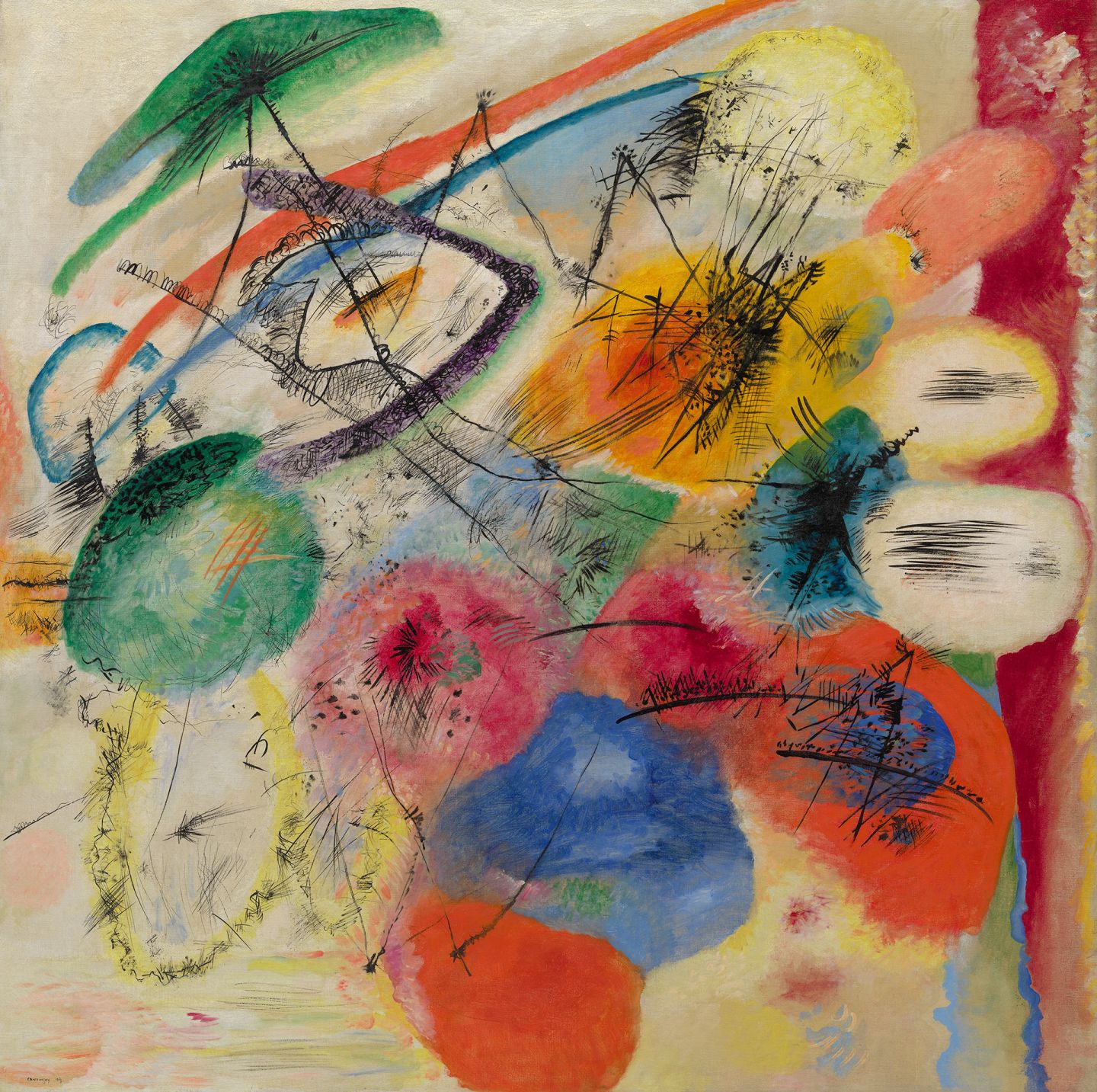 As a pioneer of abstraction and a renowned aesthetic theorist, Vasily Kandinsky (b. 1866, Moscow; d. 1944, Neuilly-sur-Seine, France) is among the foremost artistic innovators of the early twentieth century. He endeavored to free painting from its ties to the natural world, and in so doing he discovered a new subject matter based solely on the artist’s “inner necessity” that would occupy him throughout his life. Drawn primarily from the Solomon R. Guggenheim Foundation’s rich holdings, this comprehensive exhibition of paintings and works on paper traces Kandinsky’s aesthetic evolution and spans his entire oeuvre.

After settling in Bavaria in 1908, Kandinsky helped found the Munich-based group Der Blaue Reiter (The Blue Rider), a loose association of artists united around a common interest in the expressive potential of color and the symbolic—often spiritual—resonance of forms. Following a period of great productivity, Kandinsky was forced to leave Germany with the outbreak of World War I and ultimately returned to his native Moscow. There, his pictorial vocabulary began to reflect the utopian experiments of the Russian avant-garde, including emphasizing geometric shapes in an effort to establish a universal aesthetic language. After the war, Kandinsky began teaching at the Bauhaus, a German school of art and applied design that shared his belief in art’s ability to transform self and society. Kandinsky was nonetheless forced to abandon Germany a second time when the Bauhaus was closed under pressure from the Nazis in 1933. He and his wife, Nina, settled in a suburb of Paris, where Kandinsky increasingly experimented with materials, creating imaginative works in which he combined sand with pigment. His compositions from this last chapter resemble miniscule worlds of living organisms, clearly informed by his contact with Surrealism, and an interest in natural sciences, particularly botany, embryology, and zoology.