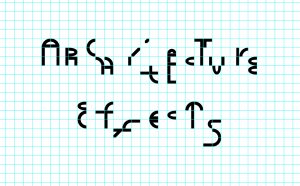 Pioneering in its use of digital technology in design, construction, and image circulation, the inauguration of Frank O. Gehry’s building set a new standard for the effects of architecture with the very tools that would soon transform life itself. Architecture Effects creates an environment for contemporary practices that connect the logistical and material substrates of our world to themes of identity, consciousness, and ritual. Offering a constant back-and-forth between the material and the virtual, the ancient and the futuristic, the exhibition invites the hyper-connected visitor to explore possibilities of remapping collective and individual impulses, artificial intelligence and animism, the technological and the primal.

Architecture Effects unfolds along three linked territories: Airlock, Garden, and Bubble, the latter taking the form of an app and made available to visitors onsite and remotely. The Airlock operates as a time capsule centred around 1997, a year of multiple breakthroughs that have proven prophetic—from the first victory of a computer over a world chess champion to the first cloned mammal, the first rover on another planet, or the first celebrity sex tape leaked online. Taking over eight hundred square meters, the Garden is a highly active, open-plan assembly of full-scale works by contemporary architects and artists. While manifesting the dissemination of architectural concerns beyond the realm of just building, the Garden provides a heterogeneous landscape for thinking, performing, and reprogramming awareness. Expanding the physical limits of the exhibition and facilitating multiple readings, the Bubble is an online collection of various forms of media that further contextualize the Garden and Airlock.