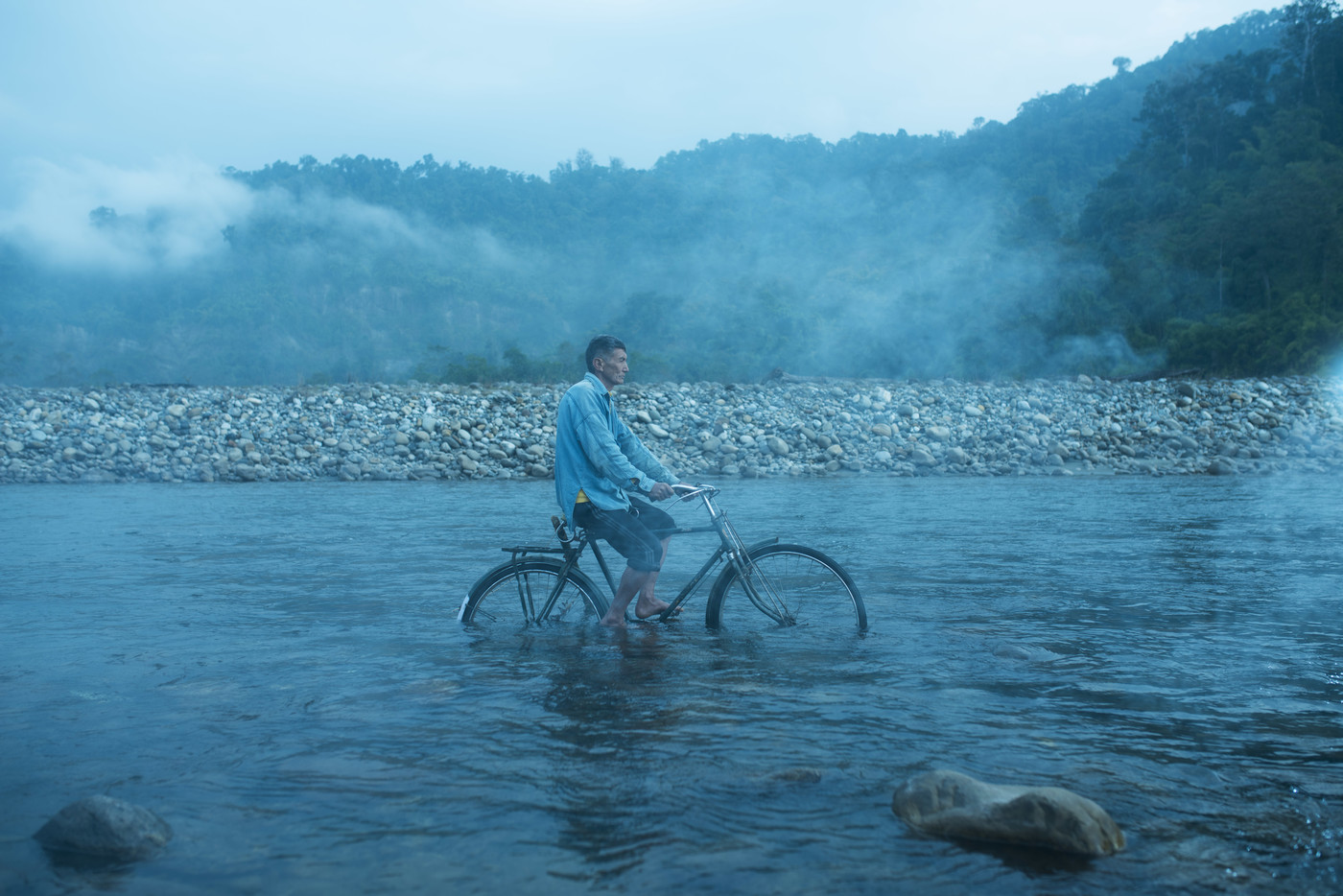 Sharbendu De, Man with No Road , from the “Imagined Homeland” series, 2018, photography, image courtesy of the artist

At the edge of the Himalayas where the Indian and Eurasian tectonic plates meet, four southward rivers emerged, each passing through plateaus, mountains, plains, valleys, and deltas. They cross through multiple geographies as both center and periphery before finally merging into the Indian and Pacific Oceans. Monsoon winds from the oceans intertwine with the diverse terrain on land to form a flourishing and dynamic climate. These four rivers are the Irrawaddy/Dulong, Salween/Nu, Mekong/Lancang, and Red/Yuan. Their seasonal floods are the lungs of the surrounding ecosystem, providing nutrients and conditions for creatures to survive and thrive. The alluvial plains formed by the rise and fall of the rivers over the years are fertile ground for the growth of a rice-based civilization, while the high mountains and valleys weave a mountain civilization that varies from but is mutually-dependent upon the plains.

Between the mountains, valleys, plains and rivers, there are both formal and informal nation state borders overlaid with the many social or ideological borders created by ethnicity, gender, economy, religion, and other factors. Between these dividing lines, diverse modes of mobility, identity, historical context, and social structure interact with one another, creating a vibrant process of cultural interdependence that is closely linked to other regions of the world.

This exhibition brings together creators and researchers from different cultural backgrounds, many of whom are hands-on practitioners of flow — flows of humans, commodities, labor, animals, language, and identity. They have long been concerned with the ecological and cultural contexts where these flows take place, and they are each present from both the inside and the outside, leaping between layers of borders to offer their own observations and reflections of the rivers and shores. Just as the river connects everything like a bloodline, the works of these practitioners are also interconnected by the issues they address: colonial pasts and contemporary wars, environment and development, tradition and migration…

While presenting this region as a site of problems and conflicts, River Pulses, Border Flows also resonates with legends, myths, soundscapes, oral narratives, and rewritten texts. From these expressions that cannot be demarcated or governed, history is scattered across multiple spatio-temporalities like a constellation of winding tributaries. It is our hope, through this exhibition, to get a glimpse of such bifurcated, centerless, and perhaps even fictional views of history.