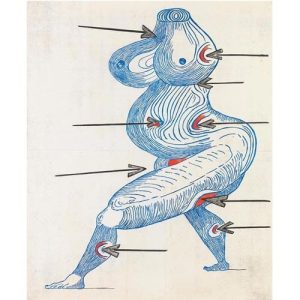 The exhibition will feature five decades of the trailblazing work of the French-born American artist, whose formal innovation and fearless explorations of sexuality and her own personal history make her an icon of late-20th-century art. Nearly 30 works by Bourgeois (1911-2010), all from the museum’s collection, will be on view including The Destruction of the Father, 1974, a recently acquired masterpiece realized at a pivotal moment in her career.

The exhibition’s title comes from the artist’s diaries and highlights her art’s emotional content and its deep connection to her psyche, said Emily Rales, director and co-founder of the private museum with her husband, Mitch. “It could be more than anyone else, Louise Bourgeois is the quintessential autobiographical artist,” Rales said. “She took memories, experiences, and expressed them through her art.

*The exhibition will close in September during preparation for the inaugural opening of Glenstone’s new museum, the Pavilions, on October 4.