Getty 360: “Beyond the Nile: Egypt and the Classical World” 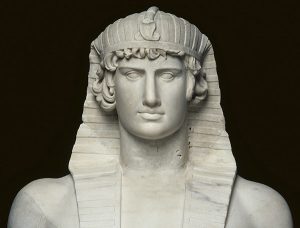 This major exhibition explores the artistic interplay between the three great cultures of Egypt, Greece, and Rome from about 2000 BC to AD 300. Highlights include finely crafted vessels sent by Egypt’s pharaohs to Crete and Mycenae, Egyptian statues that served as inspiration for the first Greek sculptors, striking portraits blending Egyptian and classical styles, and luxurious objects made for wealthy Romans obsessed with all things Egyptian.