Garage Museum of Contemporary Art: “‘We Treasure Our Lucid Dreams.’ The Other East and Esoteric Knowledge in Russian Art 1905–1969” 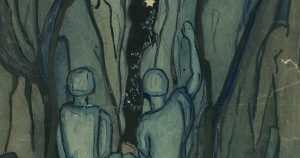 “We Treasure Our Lucid Dreams.” The Other East and Esoteric Knowledge in Russian Art 1905–1969 is the result of a major research project undertaken by the team at Garage together with Samarkand-based art critic Alexey Ulko and Russian artist Alexandra Sukhareva.

The exhibition brings together paintings, sculpture, works on paper, photography, films, rare books, archive documents, music, and performances relating to various historical periods, artistic traditions, cultural contexts, and geographies. The works exhibited bear witness to the lives, creativity, and personal tragedies of those people living in the Russian Empire, and then the Soviet Union, in the first half of the twentieth century whose explorations were closely connected with a “pretersensual” understanding of the world, secret knowledge, closed societies, and mystical practices. Such people often gravitated toward the Soviet East in search of the truth.

Alexandra Sukhareva will create a special series of material yet subtle works, organically integrated into the space of the exhibition. The structure of the exhibition is not so much an art historical review of the theme, as an extended literary narrative presented as an exhibition.