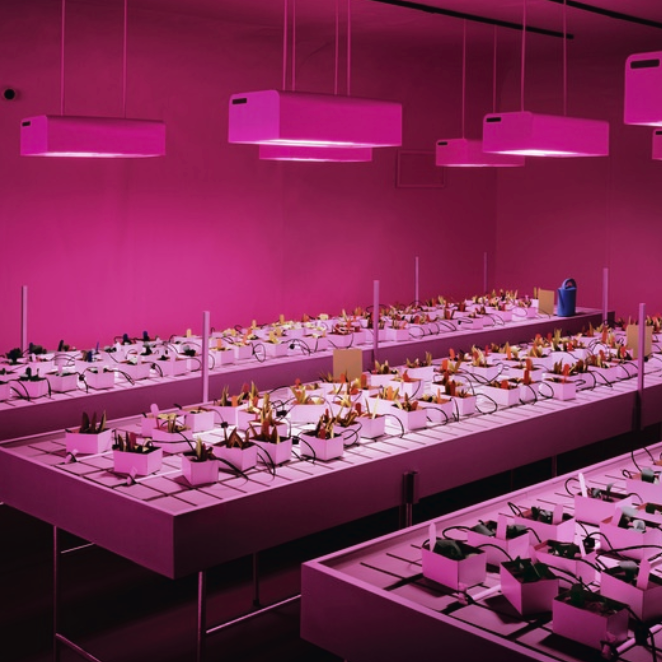 Garage Museum of Contemporary Art presents the first Russian exhibition of Thomas Demand, one of the most important photographers of recent decades. Borrowing images of events from the press other sources (or organizing technical shoots), Demand reproduces these scenes in life size from cardboard and paper—basically making sculptures—after which he photographs them and subsequently destroys the models.

Mirror Without Memory is composed of several fragments spread across two floors of the Museum. The ground floor is focused on the concept of models and modeling, the alpha and omega of Demand’s practice. Through interaction with architects (the Japanese practice SANAA and the UK-Swiss practice Caruso St John Architects), the artist presents a comprehensive exploration of the model: its life cycles, inner dynamics, the regimes of its synchronization with physical reality. On the first floor this energy of dialogue produces different forms. The first things the visitor discovers when climbing the stairs are hanging cinema structures that show movies by the German film- and TV maker, author, producer, public figure, and ideologist of the New German Cinema, Alexander Kluge. These film pavilions, designed by Demand, are floating models that distantly reference constructivist form-making.

Kluge’s films are video sequels or video interpretations of three works by Demand displayed as part of the exhibition—Repository, Five Globes, and Ruine/Ruin.

The main part of the exhibition brings together works from the period 1991–2021. The last series was made especially for Garage and examines the story of Edward Snowden. Accordingly, Demand’s exhibition is a complex systemic reflection not only of subjects selected in collaboration with the architects and Alexander Kluge but also of reality itself and our ideas about it, which are regulated today by unreliable memory, general conventions regarding events of one kind or another, and subjective experiences.

Thomas Demand’s artistic practice centers around the image as such, its nature, methods of creation/construction, and the mechanics of the viewer’s perception. When we look at his photographs, what do we actually see? How much do the photographed paper and cardboard models relate to sensory or historical reality? Do we see some kind of “thought forms,” mental constructs or living situations when we look at shards of porcelain in a museum, hotel rooms, a fairground ride frozen at the highest point, a landing gate or an empty Bonn parliament?

Demand’s works live in a constant flicker between the event and its image, a flicker that noticeably corrects our perception of time. There are never people or visible action in his shots, and it is often problematic for us to correlate a picture with an event, a point on the timeline. Placed next to each other, the objects seem to launch their own autonomous narrative, making us automatically ask ourselves why this particular bathroom is in the picture when it looks like any other three-star-hotel bathroom. What is so special about it, what happened here and when? Where should we look for relief from anxiety and vague recognition? United by this search we wander through the exhibition, trying to construct the missing pieces of reality. For this reason, some works are provided with commentaries that aim to trigger mnemonic mechanisms and define the viewer’s relationships with a certain event or its image, to trace the paths our cognitive activity follows. Like looking at yourself in a mirror.

Demand’s works fundamentally do not line up into a sequential narrative; they remain single, fragmented, splintered. French philosopher Jacques Rancière accurately describes them as “mirrors” reflecting emptiness (and this is yet another way of decoding the mirror metaphor in the title of the exhibition). Fragments can only withstand “elective affinity,” referencing not only the title of Goethe’s novel, but to the eighteenth-century chemical term that denotes the ability of chemicals to combine with other substances or their compounds, choosing some over others. Informed by the principle of “elective affinity,” Demand’s works also live within the exhibition as essentially autonomous units that assemble into formal or substantive syncopations.

The various combinations of the exhibition become part of a lengthy (and intuitive on the part of the artist) process of seeking, selecting, constructing/cutting and photographing objects, imparting a specific sense of temporariness that merges with other “temporarinesses”: our unreliable memory, the washing out of pictures from the first pages of search engines and their immersion into an endless digital archive of images “on demand.”

Thomas Demand (b. 1964, Munich) is an artist. He studied at the Academy of Fine Arts in Munich and the Düsseldorf Art Academy (1987–1992), before receiving a master’s degree in fine arts from Goldsmiths’ College (London, 1994). He initially focused on sculpture, using photography to document his paper and cardboard reconstructions. Around 1990, however, photography and sculpture traded places in his artistic process; the photograph became the artwork. Many of his works impart an architectural understanding of spaces, and his interest in architecture and models led to collaborations with architects such as Caruso St John, David Chipperfield, Rem Koolhaas, and SANAA, either in relation to the architects’ practice, questions of installation or for actual architectural projects. Solo exhibitions include: Fondation Cartier, Paris (2001); Kunsthaus Bregenz (2004); Museum of Modern Art, New York (2005); Serpentine Gallery, London (2006); Giorgio Cini Foundation, Venice (2007); MUMOK, Vienna (2009); Boijmans van Beuningen, Rotterdam (2010); MOT, Tokyo (2012); National Gallery of Victoria, Melbourne (2012); DHC Art Center, Montreal (2013); Modern Art Museum of Fort Worth (2016); Fondazione Prada (with Alexander Kluge and Anna Viebrock), Venice (2017); and M – Museum, Leuven (2020). In 2004 Demand represented Germany at the 26th Sao Paulo Biennale (2004). In 2012 he participated in the Kaldor Public Art Project in Sydney. His work also exhibited at the Venice Architecture Biennale (Belgian Pavilion, 2008; main project 2010 and 2012) and the 2nd Chicago Architecture Biennale (2017). His curatorial projects include a contribution to the 13th Venice Architecture Biennale (2012) and the exhibitions La carte d’après nature, Nouveau Musée National de Monaco (2010); Model Studies, Graham Foundation, Chicago (2013); L’Image Volée, Fondazione Prada, Milan (2016); and local talent, Sprüth Magers, Berlin (2020). Demand’s work is represented in numerous museums and collections including, the Museum of Modern Art, New York, the Guggenheim Museum, New York, Los Angeles County Museum of Art (LACMA), Glenstone, Potamac, Centre Pompidou, Paris, Fondazione Prada, Venice, The Collection of the Emanuel Hoffmann Foundation, Schaulager, Basel and Tate Modern, London. He lives and works in Berlin and Los Angeles.