Garage Museum of Contemporary Art : “The Coming World: Ecology as the New Politics. 2030-2100” 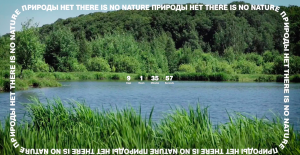 The Coming World: Ecology as the New Politics 2030–2100 is a major exhibition project that brings together historical and new works by over 50 Russian and international artists and will occupy the entire museum building. It takes a look at a future already in the making, when the environmental agenda will become one of the main political questions.

The suggested timeline references two widely speculative points in time taken from the sphere of popular science and iconic science fiction: 2030 is suggested as the year when existing resources of oil will be exhausted (Paul R. Ehrlich, Beyond the Limit, 2002), putting an end to the Oil Age; and 2100 denotes the year that, according predictions made by Arthur C. Clarke in the 1960s, human life will be able expand to other star systems. The exhibition alludes to a compressed period of time starting from the not too distant future, when the human race will be forced to live with the final knowledge that ‘there is no planet B, ” through to future imagined in the past, in which humans were expected to progress sufficiently to be able to settle on other planets.

By looking into the speculative future, the boundaries of which are determined by predictions that are no longer considered accurate, the exhibition highlights the uncertainty of our knowledge about events to come, while suggesting a “performative” understanding of the future as it is being constructed today and shaped by our activities in the present. As theorist and critic T.J. Demos put it in his article Art After Nature (2012): “Just as nature is no longer understood as a pristine and discrete realm apart from human activity, art”s autonomy is all the more untenable when faced with ecological catastrophe.’

The Coming World is developed around two main concepts: environmentalism and ecology. The first gives real urgency to the agenda of our relationship to nature, putting forward the idea that still marginalized topics such as climate change, species extinction, pollution, renewable energy, and overpopulation should be central to building alternative patterns of education, consumption, production, and leisure. This also means considering nature in an expanded field and interlinking biological, technological, social and political ecologies. The second concept, ecology, is understood as ecology in action, an insuppressible process where nature, human and other-than-human co-perform, or the world as a performed ecology and an ecology performing itself. This allows us to think of nature in embodied, active, distinctly relational terms whereby production of new knowledge is possible within the transcendent as well as everyday knowledge of nature.

The project will open with John Akomfrah’s six-channel video installation Purple (June 15–November 17). Using archival footage and newly shot film from across several continents, the British artist has created an impressive saga about global warming and its effects on human life and the planet’s biodiversity.

The exhibition will feature a number of historical works that marked turning points in humanity’s relationship with nature: from sixteenth-century tapestries that for the first time presented nature as a phenomenon outside of human control and the beginning of landscape as a genre in seventeenth-century Dutch painting, to the “organic culture” movement within the Russian avant-garde and the invention of land art in 1969, which made nature an artistic medium. The emergence of land art and environmental art coincided with a surge of interest in environmental protection, which led to the development of ecological policies at the state and public levels. In the half-century that followed, art went through various stages in its relationship with ecology: from objectivization to seeing it as a system (Hans Haacke’s Circulation) and from irony (Gnezdo group’s A Minute of Not Breathing to Protect the Environment) to practical solutions for everyday life, such as those suggested by the Danish collective Wooloo.

Along with evidence of recent anthropogenic disasters (Black Tide/Marea Negra by Allan Sekula) and criminal attempts to brush them under the carpet (Delay Decay by Susan Schuppli), the exhibition will present works produced in collaboration with animals as agents in new relationships and new paradigms between humans, nature, and non-human species (Tomás Saraceno, Hayden Fowler), as well as various scenarios for the future based on scientific predictions and theories.

The Coming World draws public attention to the ecological imbalances created by human activity, which many of us choose to ignore due to their incomprehensibly huge scale and unrelatability on a personal level. Inviting the viewer to face these imbalances, the exhibition takes a closer look at our repression of this painful subject, exploring its symptoms in various stages of anxiety or denial, and offers ways of working—and coping—with our collective ecological trauma. Although environmental issues are generally discussed in terms of real life and political action, art can be a unique medium in the development of the ecology discourse. It is a unique “conductor.” As an arena where alternative, mini-models of reality are speculated on, tested out, and made visible, art can serve the environmental agenda, empowering its agents to employ both abstract and concrete thinking, embodying intangible relations, and synthesizing processes. In short, art epitomizes an ecological way of thinking. Ultimately, the environmental question is the most universal contemporary agenda. It is the only one that can unite people across the planet, allowing them to experience a tiny personal action as something political.

The exhibition has been developed in dialogue with artists and activists and rethinks exhibition practice from an ecological point of view. The design was determined by the ambition to reuse structures and materials from previous projects and, where possible, works were reconstructed on-site according to the artists’ instructions (Kim Abeles, Martha Rosler, Tita Salina) instead of shipping them, in order to lower the project’s carbon footprint. Around 15 pieces will be produced specially for the exhibition, and around 10 are new versions of existing works, some of which were created in collaboration with local expert communities: beekeepers, jellyfish and water purification researchers, and halotherapists. Other projects present artistic strategies that involve direct social action, such as Wooloo’s open community Human Hotel. Committed to the ideals of responsible consumption, the project team chose not to produce a paper exhibition guide. Garage will publish an e-catalogue, mobile and audio guides of the exhibition, and a video dictionary of environmental terms in Russian Sign Language developed by the Museum’s Inclusive Programs Department.

A new Garage Atrium Commission has been created for the exhibition The Coming World. Chinese artist Huang Yong Ping’s American Kitchen and Chinese Cockroaches, 1959–2019 revisits the Kitchen Debate between U.S. Vice President Richard Nixon and Soviet First Secretary Nikita Khrushchev at the American National Exhibition in Moscow in 1959. Among the large-scale, immersive installations in the exhibition are Doug Aitken’s The Garden, Rimini Protokoll’s WIN WIN, and Could You Pass Me the Salt, Please? by Anastasia Potemkina.

Norwegian artist Tori Wrånes will present a site-specific performance as part of Garage Live at the opening of the exhibition. The emphasis on performance-based works in The Coming World (Sun Yuan & Pengyu, Hayden Fowler, Mella Jaarsma) is an attempt to bring out a more lived and felt experience of the world in relation to new notions of the ‘natural.’

The exhibition is curated by Snejana Krasteva and Ekaterina Lazareva.