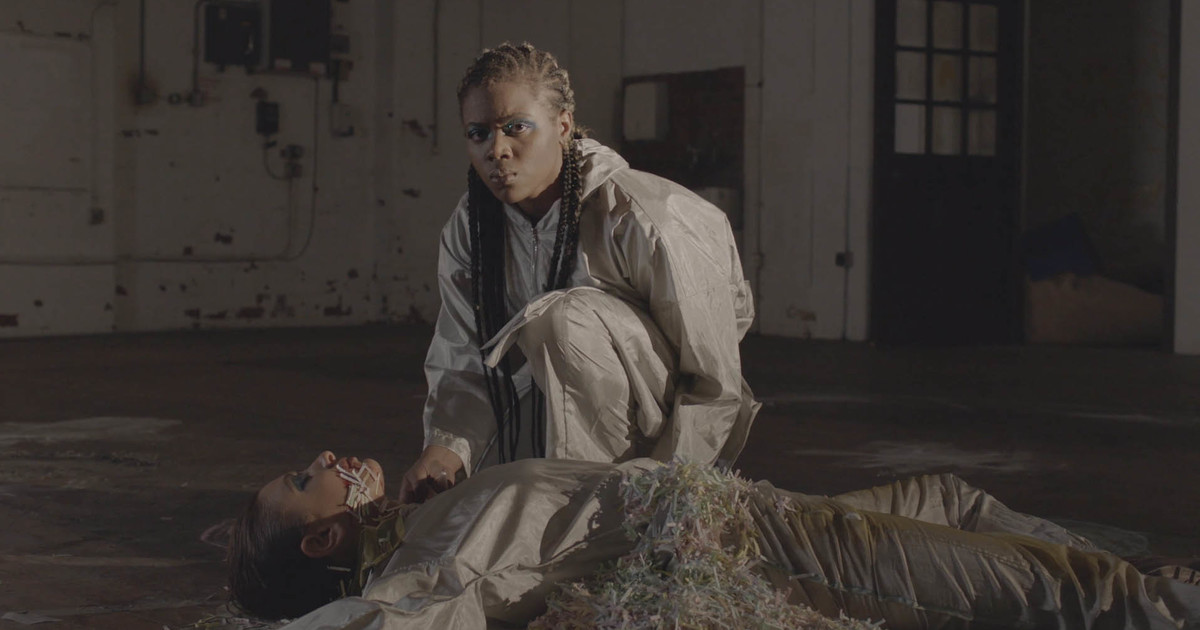 Garage Museum of Contemporary Art presents the first solo exhibition by Sophia Al-Maria in Russia. It is the last in a series of exhibitions exploring the language of contemporary video art, following presentations of work by David Claerbout and Rodney Graham.

Sophia Al-Maria (b. 1983) is a Qatari-American artist, writer, and filmmaker. She has had numerous solo exhibitions, including at the Whitney Museum of American Art, New York, The Third Line, Dubai, and Tate Britain, London. She initially became known for her memoir The Girl Who Fell To Earth (2012), the story of her upbringing in the vastly different cultures of her father’s Bedouin family in Qatar and her mother’s house in the Pacific Northwest of the USA. Shortly afterwards, Al-Maria switched to filmmaking, video art, and installation, producing a wide variety of works about cultural and personal displacement in the context of the rapidly modernizing societies of the Arabian Gulf.

Together with musician Fatima Al-Qadiri she coined the term “Gulf Futurism,” which describes the effects of the acceleration of wealth in Qatar and neighboring countries. Unlike other non-European futurisms, this one has a decidedly pessimistic bent, as the Gulf will most likely become the site of an ecological meltdown in the next three or four decades. This profound pessimism toward neocolonial extraction informs Al-Maria’s work across all media. In a recent text, she even describes herself as an “extinction emo.”

In keeping with her stated personal goal “to contain multitudes,” Al-Maria’s work is based on a variety of inspirations, facts, and (im)probable scenarios. Following trailblazing sci-fi novelist Ursula Le Guin’s “carrier bag theory of fiction,” she gathers together the awareness that is the result of her cross-cultural upbringing and a life spent navigating and negating stereotypes, while also transforming this personal sensitivity to address pressing issues of anti-colonial struggle, corporate destruction of nature, and patriarchal violence.

The two works exhibited at Garage display the range of Al-Maria’s visual language and unending thirst for experimenting with form and narrative. Mothership (2017) is a video installation that depicts a possible encounter with extraterrestrial life in the vast darkness of the desert. Beast Type Song (2019) is a large-scale video installation shot in the elegantly derelict former campus of Central Saint Martins School of Art in London. The video features filmmaker Yumna Marwan, actress Elizabeth Peace, and performance artist Tosh Basco, and serves as both a network of personal histories of colonial erasure and a call to arms, conveyed through monologue, conversation, and dance. Parts of the video are separated by an asterisk, a typographic sign that denotes a link to a source or a correction. The asterisk might well be called Al-Maria’s weapon of choice: through a relentless series of detours she presents an argument against complicity in the mainstream narratives of history.