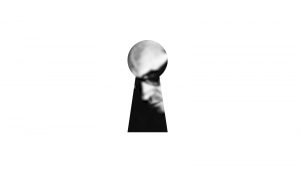 Sekretiki (“little secrets”) was a popular pastime for Soviet kids. Showing your friends your collection of pretty objects buried in the ground under a piece of glass was an early experience of forming a friendship group, and looting such collections was an invasion of personal space.

Employing this game as a metaphor, Sekretiki: Digging Up Soviet Underground Culture, 1966–1985 presents Soviet underground art as a form of secret knowledge shared by a circle of friends and collaborators and requiring protection from the outside forces of ideological control and censorship. During the Soviet period, such secret activities were not limited to art but also included spiritual practices, from yoga to esotericism and alternative medicine. The exhibition, which is inspired by Garage Archive Collection, explores the human passion for mystery and ritualized “secrets.”

The complex history of underground art practices, the spiritual explorations of countercultural movements, and unofficial healing experiments in the Soviet Union during the era of stagnation are presented as interconnected ecosystems. Works of art are shown in a single semantic network alongside objects of an uncertain nature and archival materials (diaries, photo albums, and samizdat).

Unopened envelopes with self-destructing messages; buried time capsules; games with rules that have never been disclosed; artworks planted in a field like potatoes and a living artist disinterred from a temporary grave; apartment exhibitions held in complete darkness with exhibits hidden in plain sight among everyday objects—these are some of the mysterious projects of Soviet nonconformist art created by Vyacheslav Akhunov, Armen Bugayan, Rimma and Valeriy Gerlovin, Andris Grīnbergs, Collective Actions, TOTART, Gnezdo (Nest), Mukhomor (Toadstool), and Pertsy (Peppers),  and other artists and groups. In the exhibition they are shown alongside experiments by samizdat thinkers and activists such as Heydar Jemal and Yuri Mamleev.

Soviet hippie and nonconformist spiritual consciousness are illustrated using documents which show the relationship with the Chinese I Ching (Book of Changes), yogic practices, and ecumenism. The exhibition also examines the influence of Soviet underground culture on Soviet society in general and explores physical practices of self-care in the collectivist Soviet Union of the Brezhnev era.

Specially for the exhibition, artist Yan Ginzburg will build The Room of Geniuses, an installation based on Soviet walls of honor and featuring portraits of thinkers and politicians hailed by official Soviet culture as the bearers of wisdom and true knowledge. On the reverse of this pantheon the artist will place photographs of people with abnormal facial expressions made by psychiatrist Lazar Sukharebsky in the 1960s and 1970s. The Room of Geniuses was conceived as a postscript to the complex history of the twentieth century and a meditation on the boundaries of psychic norms and strategies for imposing them in Soviet everyday life.

Sekretiki: Digging Up Soviet Underground Culture, 1966–1985 is the latest in a series of exhibitions based on materials from Garage Archive Collection. Previous exhibitions include Performance in Russia: A Cartography of its History (2014), Open Systems. Self-Organized Art Initiatives in Russia: 2000–2015 (2015), and Kholin and Sapgir. Manuscripts (2017).