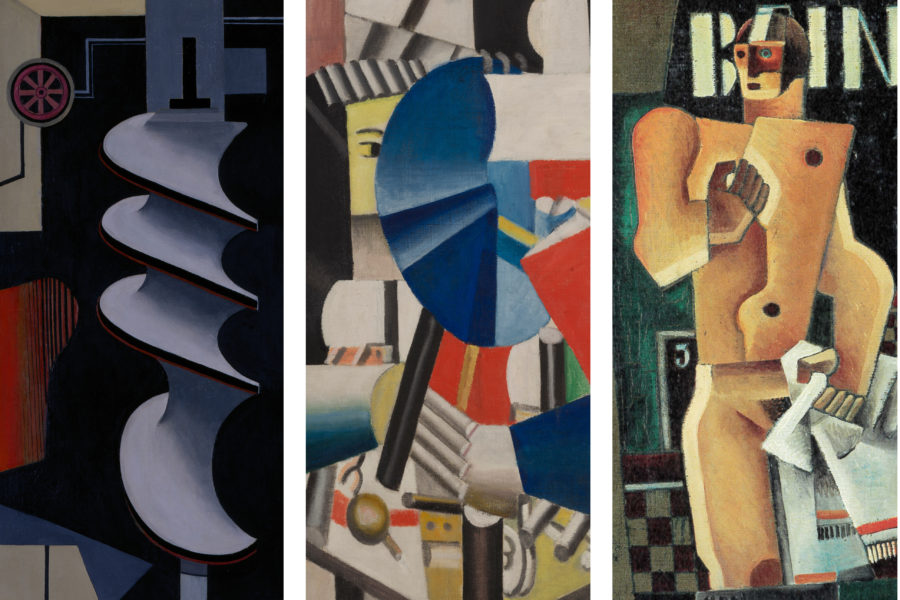 Gammel Holtegaard’s major autumn exhibition MÉCANIQUE MODERNE:
Franciska Clausen, Fernand Léger & Gösta Adrian-Nilsson presents three ground-breaking Modernists: the Swedish artist Gösta Adrian-Nilsson, also known as GAN (1884-1965), the Danish artist Franciska Clausen (1899-1986), and the French artist Fernand Léger (1881-1955). The exhibition focuses on works from the 1920s and the years when the destinies of all three merged. Juxtaposing the works of GAN and Franciska Clausen for the first time sheds light on the art of both Scandinavians, whereas the works Fernand Léger form a connecting link between them, contextualising the exhibition as a whole and presenting all three of them from a new art-historical perspective.

GAN and Franciska Clausen are both seen as pioneers of abstract art in Sweden and Denmark respectively, and both of them met Fernand Léger in Paris in the 1920s. Taking different approaches, the work of all three artists revolves around the creation of scenes using geometric forms, mechanical objects, and people in the midst of industrialised, constructivist disintegration. The exhibition is staged by Danish artist Maiken Bent (b. 1980), who will create a backdrop underlining the interaction between the works of the other artists.